Suicide on the rise among mothers in poorer Dublin areas

37 deaths by suspected suicide in Dublin South-Central in 2017; 50% were women 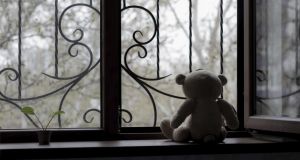 “I sit in clinics daily listening to the extraordinarily difficult lives of women who are trying to cope with the most challenging of human endeavours – trying to be a good parent.”

Women in some of the poorest parts of Dublin are taking their own lives in the same numbers as men for the first time, HSE officials are warning.

The women are generally in their 20s and 30s, mothers of young children, and with backgrounds marked by poverty, early school leaving, homelessness, adverse childhood experiences and drug and substance misuse.

An internal memo, seen by The Irish Times, to HSE psychiatric teams in Dublin South-Central community healthcare organisation (CHO) says “there is a new profile of women dying by suicide (early 20s to mid 30s)”. It says they generally have “small primary school children, [aged] 1-plus up to teenagers”.

“There were 37 deaths by suspected suicide in Dublin South-Central in 2017 and 50 per cent of those were women...This is an issue unique to Dublin South. No other CHO’s are reporting that there is the same level of suicide among women (or maybe we are ahead of the curve),” the memo says.

The affected areas are understood to be Clondalkin, Tallaght and Ballyfermot.

Generally women are considered far less likely to take their own lives than men, and suicide among mothers is extremely rare. The most recent national suicide data, for 2016, show some 79.6 per cent of suicides were among men with 20.4 per cent among women.

The memo says there are “two differentiations among the women”, and these account for about 75 per cent of the women.

Among one group the women have had ongoing issues including “poverty, early school leaving, domestic violence, criminality, homelessness and adverse childhood experience” with a history of problematic drug use.

A second group has “a history of ‘weekend-focused’ substance misuse” as well as the similar ongoing issues including poverty and homelessness.

“All have a history of substance misuse but other named factors may occur in isolation or in parts . . . To also name, we have had isolated deaths of women in a different socio-economic classes who have a history of misusing alcohol and cocaine.”

Prof Veronica O’Keane, consultant psychiatrist based in Tallaght Hospital, says many of the women she sees are in severe mental distress. “These unspeakable tragedies have occurred in spite of the very committed psychiatry and GP services in the community.

“I sit in clinics daily listening to the extraordinarily difficult lives of women who are trying to cope with the most challenging of human endeavours – trying to be a good parent – in the context of sometimes not having a home, an adequate income and often with the threat of violence hanging over their heads.”

She said the figures, which were preliminary, demonstrated “starkly the critical importance of mental health in women’s lives and in the lives of their children and families”.