Practice known about for decades; the only thing new is its acknowledgement 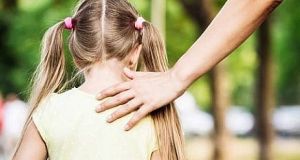 As you read this there are people about to experience what will probably be the greatest shock of their lives. They are about to discover their parents are not their birth parents at all.

They are among the 126 people Tusla, the child and family agency, is to contact to tell them that their births were incorrectly registered, with adoptive parents registered as birth parents on their birth certificates.

As Minister for Children Katherine Zappone said yesterday, she was “keenly aware that many of those affected have no idea that the people they regarded as their parents were not in fact their birth parents”. In many cases, “as far as we are aware that they have no reason to suspect,” she said.

“In effect babies were given to a couple and registered as the child of that couple and not of the baby’s birth parents,” she said.

Considering how this is likely to affect people it was understandable, as the Minister said, that she and colleagues had “struggled” with the question of whether those involved should be told at all. “But people have a right to know who they are,” she said. And they do. We all do.

But this latest grim truth to emerge from Ireland’s dark past will hardly come as a surprise to many people. All that is new is its acknowledgement by official Ireland. At last. But it has been “a known known” for decades.

Here is an excerpt from a series written 21 years ago in April 1997 by then social affairs correspondent of The Irish Times Pádraig O’Moráin: “One of the main adoption societies in the State has admitted giving false information to adopted people about their parents.The society, St Patrick’s Guild, handled the adoption of many Irish babies by people in the United States and more than 10,000 adoptions here.

“The new director of the guild, Sister Francis Ignatius, (of the Sisters of Charity), told The Irish Times that the identity of birth mothers had been ‘disguised’ when adoptees asked for information. This was done to safeguard the mothers’ identities, she said. The practice is understood to have gone on for decades, but the numbers involved are unknown.”

Sr Francis was exceptionally frank. “Yes, we know that some files do contain misleading information, but we do not know how many. The reason, in part, for this is that the women who came to the guild sometimes came with fictitious or assumed names. They had their own reasons for doing this. For the guild, confidentiality for the mother was paramount at all times. Whatever information was given by the mothers when they came was accepted. In addition, in order to safeguard the mothers’ identity, it was necessary to disguise certain information,” she said.

As far back as then, too, Norah Gibbons of Barnardos called for legislation to be brought to the Oireachtas allowing adoptees to have the right to their original birth certificates from the age of 18.

She also said such legislation should stipulate that people receive counselling before getting their birth certificates and that they should be free to choose a registered counsellor not employed by the adoption society.

She felt “extremely sorry and sad for these [126] people. It may take several weeks before they find out.” She applauded Ms Zappone for her decision to acknowledge the truth publicly but hoped she has put in place “robust supports for these people”.

ARA had “flagged it” at a hearing of the Oireachtas Committee on Health in 2009, she said. Attempts to persuade various ministers for children down those years to introduce legislation allowing people access all information relevant to their adoption fell on deaf ears, she said.

It was quite apparent the nuns were moving around women and children like commodities. They were traded

But once mandatory disclosure became an issue in the Vicky Phelan cervical cancer case earlier this month, “the chickens have been coming home to roost” where illegal adoptions were concerned, she said.

It was “the great unspoken scandal, possibly the greatest” of last-century Ireland, involving “forced pregnancy, forced adoption, and incarcerated women in mother and baby homes.” What had happened at St Patrick’s Guild was “the tip of the iceberg” where adoption in Ireland was concerned, she said.

She remembered a HSE official saying, “it was quite apparent the nuns were moving around women and children like commodities. They were traded. It dwarfs all the other scandals.”

St Patrick’s Guild also owned “an infant hospital” at Temple Hill in Dublin’s Blackrock, which Ms Lohan described as “a holding pen for illegitimate (as described at the time) children which it had been arranged would be adopted”. The mother paid the child’s maintenance until it was adopted, she said.

She herself had been one such infant. Labour party TD Joan Burton was another. She was taken to St Patrick’s Infant Hospital at Temple Hill when a few months old after her birth in Carlow. It was intended that she be adopted to the US. Ill-health was all that prevented her becoming child 573 to be sent to the US through that agency alone in the 30 years to the 1970s. At about 2½ she was taken home by Bridie and John Burton, a foundry worker.

St Patrick’s Guild was set up as a fostering agency in 1910 and was the first Catholic one of its type in Ireland. It had offices in Dublin’s Middle Abbey Street, later on Haddington Road and subsequently at Merrion Road.

In 1942 it was taken over by the Sisters of Charity and came under the control of archbishop of Dublin John Charles McQuaid and his successors.

It had been estimated that 90,000 children had been adopted in Ireland since independence, and approximately 50,000 since 1952 when legal adoption was introduced. In Ms Lohan’s view between 5 and 10 per cent of those adoptions since 1952 may have been illegal.