Nearly nine out of 10 murdered women knew their killer

Ireland’s femicide rate on par with those of England, Scotland and Wales 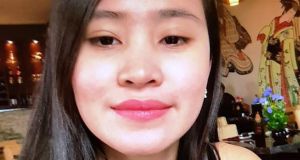 Jastine Valdez: the 24-year-old is believed to have been abducted and murdered by Mark Hennessy

Three years ago the number of women killed violently in this country, often at the hands of someone they knew, appeared to be falling.

In 2015, five women were murdered in Ireland; not an insignificant number but down by 50 per cent on the previous year. In 2016, the number fell even further with two incidents of femicide – the killing of a woman or girl on account of their gender.

However, last year this number sharply increased with nine incidences of femicide. And in the first five months of this year four women have been killed – Joanne Ball (38), Natalia Karaczyn (30), Anastasia Kriegel (14) and Jastine Valdez (24).

A total of 216 women have died in Ireland since 1996 when domestic abuse charity Women’s Aid began recording the violent deaths of women. Nearly nine out of 10 of these women knew the man who killed them, and 56 per cent were killed by a current or former partner.

When compared with the femicide rate in other European countries, Ireland falls relatively low on the list of deaths per 100,000.

Based on last year’s nine violent deaths, it has a female homicide rate of 0.2 per 100,000 of the female population. This number is on par with England, Scotland, Wales and Northern Ireland, where the overall rate in 2016 was 0.2 per 100,000 women.

Germany, Bulgaria, Slovenia, Croatia, Malta, Montenegro, Serbia and Switzerland all rated significantly higher than Ireland in the number of women killed per 100,000, according to Eurostat.

While the number of female murders is high in some central and eastern European countries, the worst incidences of femicide can be found in Central America. El Salvador currently has one of the highest rates worldwide with 15.69 deaths per 100,000 women, according to the UN Office on Drugs and Crime.