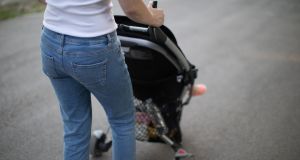 Specially-trained midwives are “urgently needed” around the State in a bid to cut the number of deaths of infants and toddlers in the care of parents addicted to drugs or alcohol, a leading expert has warned.

Dr Helen Buckley, chair of the National Review Panel which independently investigates the deaths of children in care or known to child protection services, was speaking to The Irish Times as it emerged that six very young children had died in the past year whose mothers had addiction issues.

The children, all aged under five, were known to Tusla. Dr Buckley said drug-dependent mothers were a particularly at-risk group who needed specialised support.

While the three Dublin maternity hospitals have had a drug-liaison midwife since 1999, none exists outside Dublin.

“These mothers are very vulnerable. None of them wants to be addicted to drugs, but the intensive supports aren’t there, especially outside Dublin. The maternity hospitals in Dublin have drugs liaison midwives who do great work, but they don’t exist outside Dublin.”

In Dublin the service works with drug-using pregnant women, prioritising their engagement with obstetric service and stabilising, with a view to minimising, their drug, methadone or alcohol use.

An assessment of the service’s first year, published in the Journal of Substance Abuse Treatment in 2004, found it built effective working relationships between drug dependent pregnant women, the obstetric services, and the drug treatment services involved in their care.

“The obstetric and neonatal outcomes of this population appear to have improved with the introduction of this specialised service with benefit to these mothers, their infants and to the healthcare system.” It recommended its rollout across the State.

In all 13 deaths of children in care, or known to Tusla, occurred last year, a drop of nine in 2017. One boy and two girls died aged 11-16, along with one male and one female aged 17-20. Eight of the total number of deaths were in Dublin, three in the south of the country and two in the west.

The recorded causes of death were “natural causes” in eight cases; suicide in three cases, all of them girls; an accident in one case and “unknown” in one case. One was in care at the time, one was in aftercare and 11 were living with their families but known to Tusla.

The annual report also includes detailed reports on 12 individual cases which were notified to the NPR in 2017 and 2016. Of these, four were suicides, two were overdoses, two were accidental and two were due to illness.

Among these was one on ‘Simon’, a member of the Traveller community, who died in his late teens in an accident outside the jurisdiction. Negative parental influence played a “major role in undermining care planning” says the NRP.

“He was, in the words of one informant, ‘always pulled between two worlds’ in his experience of the care system,” and he struggled with “unresolved issues of identity and connectedness to his birth parents”, says the report.

“Simon’s early childhood years were spent in a family background characterised by high levels of instability, deprivation and neglect.”

He had at least 20 short-term foster placements between ages four and six, as well as a respite foster placement, a long-term placement, residential care and time in detention. His birth parents vehemently opposed his being in care and consistently sought to undermine Tusla’s efforts to support him, despite care orders.

The NRP calls on Tusla to develop strong guidance for social workers to manage parental contact “where parents are not compliant with care planning for the child”.