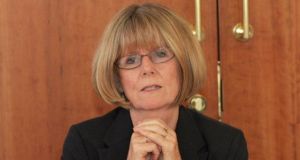 The babies’ deaths were blamed at inquest on Sudden Infant Death Syndrome (SIDS, or cot-death), often where they had been co-sleeping with mothers, sometimes on floors. All were under 12 months old.

The toddler was a girl under five. Four of the babies were born to mothers who had used drugs during and/or after pregnancy. One mother had alcohol problems. The toddler’s mother was a drug addict.

Details of the independent investigations were published on Thursday by the review panel, which is responsible for investigating serious incidents including the deaths of children in care, or who were known to child protection services.

In some cases, the panel concluded that under-pressure social workers had taken “an overly optimistic view” of the parents’ ability to cope.

“The maternity hospitals in Dublin have drugs liaison midwives who do great work, but they don’t exist outside Dublin,” Ms Buckley told The Irish Times following the publication of the report.

“The numbers are so small that we cannot present them as empirical evidence of a trend, but it is an issue we have been concerned about for a number of years.

“These mothers are a very vulnerable group. None of them wants to be addicted to drugs, but the intensive supports aren’t there, especially outside Dublin.”

Lack of inter-agency co-operation was evident in many cases, particularly between mental health and disability services, and the child protection agency, the report found.

“In these cases the burden of responsibility for protecting the young people fell disproportionately on Tusla which has no control over decisions made by health, mental health or disability services.”

However, it found examples of good practice in several cases and there were examples of “consistent child-centred work and excellent inter-agency co-operation”.

In all, 13 deaths of children in care or known to Tusla occurred last year – a decrease of nine on 2017. Ten were girls and three were boys. One baby – not one of the five previously mentioned – died from a fatal foetal abnormality.

One boy and two girls aged 11 to 16 died, and one male and one female were aged between 17 and 20 years. Three of the 13 deaths occurred because of suicide, and one by accident.

One of the children was in the formal care of the State at the time, one was in aftercare and 11 were living with their families but were known to Tusla.

The annual report also includes detailed reports on 12 individual cases which were notified to the panel in 2017 and 2016. Of these, four were suicides, two were overdoses, two were accidental and two were due to illness.