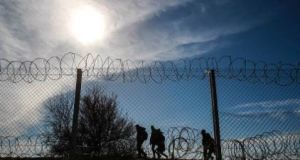 There has been a sharp drop in the number of asylum-seekers granted a reprieve to stay in the country on humanitarian grounds or for family considerations.

The number of asylum-seekers denied refugee or protection status granted “leave to remain” last year was 163, down from 465 in 2016, and 1,201 in 2015. Individuals can be granted leave to remain on humanitarian grounds or based on their existing links in the country.

At the start of last year the asylum system was reformed, so asylum-seekers applied for several different categories of protection together rather than one after the other, which was geared towards cutting down long waiting times.

The new system also streamlined the number of appeals available to asylum-seekers.

Under the new system, 766 people were granted asylum last year. This figure includes official refugee status and subsidiary protection status, for cases where a person who does not qualify as a refugee can prove they would be at risk of harm if returned to their home country. The figures from the Department of Justice were obtained through a parliamentary question from Green Party deputy leader Catherine Martin.

Ms Martin said she would be worried that the drop in the number of asylum-seekers given leave to remain was due to “the dehumanising nature of the new streamlined processes”.

She said many people with justifiable asylum claims “have suffered greatly and have lost everything” in coming to Ireland, and that the applications process had to be seen through in as “caring, fair and compassionate a manner as possible”.

Responding to Ms Martin’s parliamentary query, Minister for Justice Charlie Flanagan said the introduction of the International Protection Act “required significant changes to procedures” and the moving of all existing cases into the new application process, which led to less cases being resolved.

A spokesman for the department added there had been a concerted effort to process asylum applications that had been waiting in the system for five years in 2015 and 2016, which may have led to the comparable drop in leave-to-remain figures last year.

The most common nationalities to apply for asylum last year came from Georgia, Albania, Zimbabwe, Nigeria and Pakistan, according to figures from the department. Provisional figures show 2,930 people applied for asylum last year, which includes about 500 refugees accepted from Greece under the EU Relocation Programme.

A deportation order is enforced by authorities if a person fails to leave the State voluntarily, and last year 140 orders were enforced. In 2016, 428 deportation orders were enforced by authorities, although that was the highest number in several years. China, Nigeria and Pakistan were the three most common countries people were deported to last year.