Shankill family service to close unless it secures Government funding 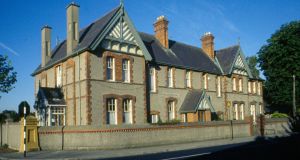 The Cottage Home child and family service in Shankill sold its Tivoli Road building in Dún Laoghaire and the proceeds have funded the service up to now.

A south Dublin service for vulnerable families, which says it has kept children from going into State care, will close in coming months unless it can secure funding from the Department of Children and Youth Affairs.

The Cottage Home child and family service in Shankill, located on the grounds of Scoil Mhuire, takes referrals from Tusla, social workers, public health nurses and GPs, and families. Among its current service users are homeless families. It has worked with more than 100 families, including some 150 children, since it opened seven years ago.

It has self-funded since it opened in 2008 but can no longer and will, without a “sustainable funding stream” of €400,000 a year, close early next year, according to Margaret Lacey, the home’s director of services.

“We have dealt with some very difficult cases. The setting here, by the sea, may seem idyllic but there is a lot of hardship and emotional poverty here.”

The Cottage Home organisation was founded in 1879 in Dún Laoghaire as a day-nursery service for the children of single mothers in a large, now listed, building on Tivoli Road.

“That grew into becoming a residential home for children and continued until the early 2000s when things became much stricter about building standards for residential services. We moved to two smaller buildings, but kept Tivoli Road for offices,” Ms Lacey said.

“Developing our strategy it was clear from all the international evidence that early intervention and family supports were key to supporting the kind of kids we were seeing coming into our homes.

“We worked closely with the HSE designing the service, linking in with them, researching and visiting services in Denmark and UK to look at models there.”

Though HSE funding was expected, when the Cottage Home was ready to open, the recession had hit and this meant no funding came.

“We had a decision to make – waste all that work or try to finance it ourselves until the economy recovered. So we sold the Tivoli Road building and the proceeds have funded the service up to now. But the money is running out and we can’t continue without State support.”

A mother who uses the service, Christina, said she would be “devastated” were it to close as it had supported her through “a very dark time” when she was unable to get services for her son (8) who has ADHD and other challenges.

“I was at the stage where I had nowhere to turn. I was suicidal. I really believed he would be better without me, that he’d be taken into care and would get services then. I wouldn’t be here if it wasn’t for this place.”

The Department of Children was asked for but did not provide a comment.