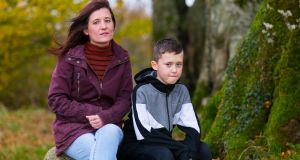 Children – many of them disadvantaged – are being “denied their education” by being placed on reduced timetables at school, usually for behavioural issues, according to June Tinsley, head of advocacy with Barnardos.

The measure entails a school allowing the affected child attend school for a few hours or less per day.

And as the children are marked “present”, their reduced hours are not reported to the education welfare section at Tusla or the Department of Education. Neither body collects any data on how widespread the practice is.

Organisations including Barnardos, Inclusion Ireland and the Irish Traveller Movement say it is happening across the State, describing it as a “breach of children’s constitutional rights”.

They are calling on the department and Tusla to stipulate that reduced timetables be reported by schools, that the practice be monitored and that legislation be put in place to govern it.

A youth worker in Finglas and Ballymun, Dublin who did not wish to be named as he works for a State-funded charity, said it was “endemic”.

“On our project, a random sample of 50 young people up from one area might have 20 per cent on reduced timetables. Schools use this as a behavioural management response and it is usually a step towards permanent exclusion. The most challenging young people can be put on reduced timetables as early as October of first year, and although there is supposed to be a plan to return them to full time, it rarely happens.”

The Irish Times is aware of families across Dublin and in Limerick, Offaly, Kerry, Wexford and Westmeath where children are being denied access to full school days and parents feel powerless to challenge it.

In one recent case, a five-year-old, whose mother was dying and who was “acting out” at school, was placed on a reduced timetable despite the efforts of her father to access school supports.

“The impact of exclusion on a child can be profound, with feelings of confusion, blame, shame and isolation, ” says June Tinsley, head of advocacy with Barnardos. “Many parents, particularly those who have a background of educational disadvantage may not realise the impact of missing school on their education, or may not feel they have the power to fight for services for their children. Children need support to stay in education, not greater exclusion.”

Barnardos has raised the issue with the department, while the Irish Traveller Movement, which says “reduced timetables have been raised by parents many times this year”, has raised it with Minister for Equality, David Stanton.

A spokeswoman for Tusla said: “There is no provision in Irish education law for the implementation of reduced timetables. All children should attend school for the full day unless exempt on such grounds as medical reasons. Our understanding is that the reduced timetable practice is not widespread. However, our remit does not cover collecting data.”

A Department of Education spokesman said: “This data is not collected by the department. Placing a child on a reduced timetable without the parent’s consent is considered a form of suspension. . . All pupils enrolled to a school should attend school for the full day, unless exempted for exceptional circumstances . . . Reduced timetables should not be used as a behavioural management technique.”

The Teachers Union of Ireland said reduced timetables were “only considered as a last resort if the safety and well-being” of others were at risk.

“However, this is another clear example that in many cases schools simply do not have the resources to offer a service that meets the needs of all children.”

Alex Nolan (9), who attends St Mary’s - a Deis (delivering equality of opportunity in schools) national school in Athlone, has not had a full day at school since mid-September.

His mother, Trish Reilly Nolan drops him in at 11.15am and collects him an hour later, during which time he is in a room with a resource teacher, separated from his class-mates. Last academic year he was on a reduced timetable from early May until the end of the school year, also isolated from his peers. Nor is he allowed attend after-school activities or go on school-trips.

Ms Reilly Nolan says she did not consent to these reductions. He has also been suspended on eight occasions since February, for a total of 27 days for incidents including leaving the school without permission and kicking other children.

Trish Reilly Nolan is a settled Traveller now separated from Alex’s father, who is not a Traveller.

There were difficulties at home which she believes unsettled Alex as a small boy, and he had problems settling into pre-school. From age two he was prone to angry and emotional outbursts. His pre-school referred him through the HSE for an assessment which he did not get, though it was recommended she and Alex’s father attend a parenting course, which they did.

He started at St Mary’s in August 2013, around the time his parents separated. His junior infants report describes him as having had a “tumultuous year” and “a lovely nature that gets overtaken by his anger sometimes”.

In 2014 Patricia applied to the HSE for community childcare worker for Alex which she did not get. She says she appealed to the school for help for Alex and play therapy was offered in early 2015, though this did not materialise.

Through his reports Alex is described as a boy who “always tries very hard” and a “quiet, polite and hardworking member of class”. There are also references, however, to “challenging behaviour”, “difficulty regulating his emotions”.

Patricia has repeatedly sought help through the school, she says, asking that he be referred to the National Educational Psychological Service but says she was told there was nothing wrong with Alex other than his ‘bad’ behaviour. She brought him to her GP in January, who referred him to a primary care psychologist, whom she says has been “great”.

“He has been inconsolable sometimes, hitting himself and saying there’s no point even trying anymore. It’s been heartbreaking. At this stage I’d like him to get a fresh start, to start a new school.”

St Mary’s national school did not respond to the issues raised by Ms Reilly Nolan, put to it by The Irish Times.