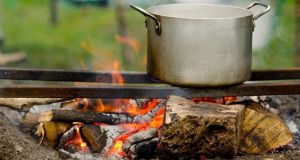 Scouting Ireland has set aside €2.5 million to cover the cost of legal cases taken by survivors of historic child abuse in its legacy organisations.

The youth organisation has conducted a review of the legal liabilities it may face following revelations late last year that more than 300 children were alleged sexually abused in former scouting organisations.

Legal firm Mason Hayes & Curran was hired to review the organisation’s files on the abuse and assess the extent of Scouting Ireland’s financial exposure from potential legal cases.

On foot of the review, Scouting Ireland has accounted for financial liabilities of €2.5 million to cover “claims or threatened claims” from survivors, according to the organisation’s latest financial accounts.

The accounts, seen by The Irish Times, are due to be put before the organisation’s members for approval at an extraordinary general meeting on October 30th.

It is understood to date the vast majority of the alleged victims have not moved to take legal action against Scouting Ireland.

The estimated figure of financial liabilities to cover the fallout from the past abuse should be reviewed each year, the accounts stated. Separately the organisation has increased its membership fees to help finance a fund to pay for counselling for survivors.

The abuse mainly took place between the 1960s and 1990s, with some evidence of a cover-up occurring at the time, and that known abusers were permitted to move between troops.

Norman Spicer, a lawyer with Coleman Legal Partners, said provisions of €2.5 million would be “eaten into quite quickly” by legal fees if the organisation had to defend even upwards of 50 cases in court.

The legal firm specialises in abuse cases and is representing approximately 20 clients who are alleged victims of abuse in scouting bodies.

Any future apology from Scouting Ireland “rings hollow if it’s only words”, Mr Spicer said. The firm had written to the organisation asking it to consider dealing with its clients in a “less adversarial manner” than the courts, but had received no response to the request, he said.

Scouting Ireland’s financial difficulties have been further compounded after several fire, safety and health concerns were recently uncovered in one of its main centres used for large overnight trips.

The organisation has since had to close the indoor accommodation at its Mount Melleray scout centre, Co Waterford, as it had been deemed unsafe. The centre had the capacity to house 300 people indoors, and the estimated cost of the work to bring the centre into line with safety standards exceeds €1.2 million.

Mount Melleray is one of Scouting Ireland’s five national centres and has been used for scouting trips since 1979. Several preliminary meetings have taken place to discuss the centre and the viability of funding required improvements.