Right to a secure home must be added to constitution, say advocates

Home for Good say wording should include right to dignity, shelter and safety 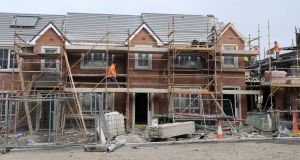 Home for Good said a referendum would be an ‘important part’ of bringing about change. File photograph: Laura Hutton/RollingNews.ie 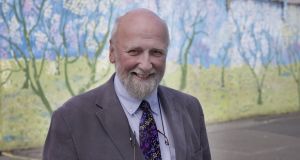 A new group has been established to campaign on constitutional issues relating to the right to a home, including a referendum on the issue.

The group, which is called Home for Good, will act as a research, advocacy and political pressure entity. It has already conducted research on middle-ground voters’ attitudes towards enhanced legal and constitutional housing rights, sources said.

It is part of the wider Raise The Roof campaign on housing being organised by the Irish Congress of Trade Unions, the National Women’s Council and housing organisations. While its final membership has not been decided, it is chaired by Cork barrister Ann FitzGerald and supported by the trade union Forsa and the Simon Communities, among others.

The group believes that the constitutional right to housing must be changed or balanced by the insertion of a new right to a home, according to former Barnardos chairman Fergus Finlay, who is involved with Home For Good.

He said there is a “need to begin to discuss changing our Constitution around this particular right”.

“Our culture is defined to a very considerable extent by our constitution... the constitutional provision on property rights has to be taken on and has to be tackled,” he said.

“That is the strongest set of property rights anywhere in the world and one of the major stumbling blocks and obstacles to addressing the housing crisis.”

Mr Finlay said the right to property had to be “balanced by a right to dignity, and a right to shelter and safety in some fashion”.

“There has to be a right inserted alongside it. It has bedevilled planning law, it has bedevilled compulsory purchase orders – everything has to be done with regard to, first and foremost, the right to private property, and even governments who want to do radical things have been stuck on it.”

While many European countries have a right to housing in their laws or constitutions, the Irish Constitution makes specific acknowledgement that “man, in virtue of his rational being, has the natural right, antecedent to positive law, to the private ownership of external goods”. Reforms to the rental market, such as the 1982 rent restriction Act, have previously fallen on constitutional ground.

Mr Finlay said the approach to the issue would be informed by the successful campaigns to repeal the Eighth Amendment, and for equal marriage.

“We have to find a way to tell the story in a way that gay people were able to, that people were able to in the middle of the repeal campaign,” he said. He specified that the campaign was not about free housing for all : “We are never going to win a campaign about the right of everyone to a free house, I don’t know anyone who wants to run a campaign like that anyway”.

Dr Rory Hearne, who organised the conference, is also a member of the group. He confirmed that the group’s initial view is that a constitutional referendum would be required in order to achieve its goals.

“The thinking is that Ireland is on a journey towards equalising rights... we’ve had a number of referendums and there’s clearly a change underway in people’s attitude to housing, with recognition that people need a secure affordable home, and Irish society does not prioritise that.”

“A referendum would be an important part of that process of change,” he said.

The conference also heard, from Professor PJ Drudy, economics professor emeritus in Trinity College Dublin, that Ireland is currently experiencing a housing bubble. “There is a housing bubble, despite what the Taoiseach has said six months ago,” he said.

“Housing is over-valued or, if you like, more accurately, over-priced.”

He called for the Government to discontinue the help-to-buy scheme, which can be worth up to €20,000 to first-time buyers, which he said was inflationary. “I would argue it’s simply pushing up the price of new housing.”

He also criticised the development sector, saying builders “are drip feeding houses onto the market... to maintain high prices”.

He said State subsidies to the rental sector, which involve payments such as the Housing Assistance Payment (HAP) to private landlords were “insane”.

He said it was a myth that housing was affordable, and the State “should not be flogging land that it owns”.

Dr Mary Murphy, a senior lecturer in the department of sociology in NUIM, said local government had to be strengthened if Ireland stood any chance of delivering sustainable public housing.

“Other countries have the institutional capacity to deliver ... we do not have that, we don’t even seem to want that,” she said, adding that local government has been “battered” in recent years.

Dr Daithi Downey, who is head of housing policy and research with Dublin City Council, said there was an increasing trend of “pauperisation” caused by escalating housing costs. He said there is a “declining affordability of housing which is not without significant effect” and that people are “getting poorer or spending less on other things” like food and education due to the cost of housing, especially in major urban centres.

Meanwhile, renters are facing insecure tenure, and in some instances, an “increasingly precarious working environment” in their employment due to zero-hours contracts.

Dr Downey argued that a cost rental model would help to drive improvements in housing affordability. Cost rental is defined as housing where the rent is determined by the cost of providing and maintaining the housing, as opposed to a wider market rent.

John O’Connor, the chief executive of the Housing Agency, also called for a major expansion of the cost rental sector, said that Ireland need a “rental sector that is at much lower cost and is secure”.

He said the Department of Housing is becoming “more focused” on cost rental than in previous years, and said that Minister for Housing Eoghan Murphy understands the importance of the sector.

Mr O’Connor said that the maximum rent for a household on a median income of €32,030 could afford to pay was around €801 per month, while someone on a moderate income of €38,436 should pay around €961 per month. He argued that the cost of building apartments should be kept “down as much as possible so we can keep the rent down as much as possible”.

He said in Ireland there was a “huge focus on home ownership and the idea of providing cost rental hasn’t got major buy in, both by people and also by the political system”.

At the moment, Mr O’Connor said the focus must be on “how can we make our rental cheaper and more secure, because in a lot of parts of the country there is a huge problem in terms of the level of rent that people have to pay”.

He said the state should focus on providing sites, infrastructure and long-term low-cost finance to public housing projects, pointing to the experience in Vienna, where of 19,000 new units provided every year, 13,000 are provided on a cost rental basis.