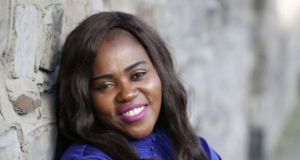 The Social Democrats asked Ellie Kisyombe to suspend her campaign while the party conducted a review of her backstory, The Irish Times has learned.

However, despite the request from the party’s leadership, her campaign was not suspended, and is currently ongoing.

The decision to ask Ms Kisyombe to suspend her campaign was taken by the party’s national executive during a late-night meeting last Thursday. The meeting was called after co-leaders Catherine Murphy and Róisín Shortall wrote to the executive expressing concern at allegations that there may be inaccuracies in their candidate’s backstory.

It is understood general secretary of the party, Brian Sheehan, wrote to the Dublin Central branch - which selected Ms Kisyombe as a candidate for the local elections later this year - asking for a response to its request on Saturday morning. Mr Sheehan asked for a response by midday in order to facilitate a statement being sent to the Sunday Times newspaper.

A source said that the request from the national executive was rejected by the Dublin Central branch.

A statement sent to The Irish Times and Sunday Times on Saturday made no reference to the initial decision to request that Ms Kisyombe suspend her campaign, referring only to a decision taken to “carry out a review to work through this with Ellie”.

Asked for comment on the planned suspension of Ms Kisyombe’s campaign, a spokeswoman for the Social Democrats said the party would be making no comment on its internal affairs.

The party held conference calls on Monday night to brief branch chairs on the developing situation.

The issue has led to sharp division within the party, with the Dublin Central branch on Saturday writing to its members reiterating its support for Ms Kisyombe’s candidacy.

The controversy last weekend led to the resignation of three members of the Social Democrats national executive, including its chair and deputy chair, Joe O’Connor and Carly Bailey. A third member, Chris Bond, also resigned on Saturday.

In a letter confirming his resignation, Mr O’Connor wrote that he “believe(s) we have been forced to view this issue through a narrow lens, and as a result seem intent on pursuing a course of action which I believe is wholly inconsistent with the interpretation of a majority of our members and supporters, and will as a result inflict irreparable damage to the party in my view”.

In her resignation letter, Ms Bailey wrote that she “cannot stand over a decision which includes a statement that will go to the media, which in effect could and will be construed as the party essentially abandoning a candidate and especially one so vulnerable as a person living in direct provision”.

“I joined this party in the belief that the Social Democrats were different. I cannot describe how devastated and disappointed I am that we have ended up here.”

Earlier this month the Sunday Times published a report alleging that there were inconsistencies in Ms Kisyombe’s back story. The paper reported that she had arrived in Ireland in April 2011 and secured a student visa, before travelling to the UK and claiming asylum there. Ms Kisyombe has claimed that she sought asylum immediately after arriving at Dublin airport in 2010.