Public finances watchdog may have some of its teeth pulled 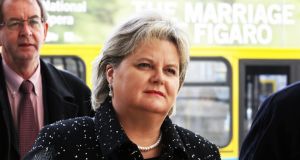 Angela Kerins: was subjected to prolonged questioning about her salary, pay and conditions

The Supreme Court decision in the Angela Kerins case has brought into focus a fault line that has been evident in parliamentary inquiries since the Dáil investigation into the shooting of John Carthy in Abbeylara, Co Longford, in April 2000.

It again raises a fundamental question as to the extent of the powers of Oireachtas committees when investigating matters of public interest, especially when it impacts on the rights of citizens who are not TDs or Senators or office-holders.

The Public Accounts Committee (PAC) is known as the watchdog on public finances, and its purpose is to ensure that taxpayers’ money is not being wasted by government departments or agencies.

Over the years it has been at times extraordinarily effective, not least its DIRT inquiry into the administration of deposit interest retention tax in 2001. However, it has also been accused of overstepping the mark on many occasions, more so in recent years.

Angela Kerins, then chief executive of Rehab, came before the committee on February 27th, 2014. The organisation she headed is a voluntary one, but also received substantial funding from the State and that is why it came into the purview of the PAC.

Kerins and senior Rehab executives came before the committee to answer questions in relation to three specific areas, including the manner in which it operated its scratch-card lottery games.

However, during a marathon seven-hour meeting Kerins was subjected to prolonged questioning about her salary, her pay and her conditions. The three TDs of the 13-member committee who led the charge were Sinn Féin’s Mary Lou McDonald, Independent TD Shane Ross and the committee chairman John McGuinness.

On Wednesday the Supreme Court, in a partial judgment, ruled the PAC acted “significantly outside its remit” in its questioning of Kerins.

It also referred to the fact that the Oireachtas committee that provides oversight and governance, the Committee on Procedure and Privileges, had come to that view.

The judgment, read by the chief justice Frank Clarke, said it assessed the PAC was acting “significantly outside its remit…together with the possibility that it might be appropriate to find on the evidence the PAC had invited Ms Kerins to attend before it on one basis but proceeded when she attended to deal with her on an entirely different basis”.

The court has invited further submissions on whether or not there was a “substantial breach of its obligations”, and has reserved judgment on that matter until April.

The Oireachtas is likely to wait until then before responding substantively to the findings. However, something will have to change. The PAC could have its remit widened. But it is more likely it will have its power curbed. Other committees have complained that it has made incursions into their territory.

The PAC, for its part, has said its defence of public spending has been highly effective, citing the recent inquiry into cost overruns at the new national children’s hospital, not strictly part of its remit.