Review into potential introduction of open adoption due 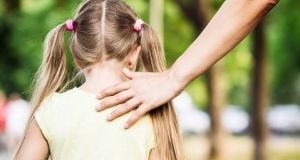 “Open adoption generally means a form of adoption in which the biological or adoptive families have access to varying degrees of each other’s personal information and an option for contact,” Minister for Children Katherine Zappone said.

A review examining the potential introduction of open or semi-open adoption has been announced by the Department of Children and Youth Affairs.

Minister Katherine Zappone said on Monday that her department has initiated a review with a report on its findings expected no later than November 2019.

“Open adoption generally means a form of adoption in which the biological or adoptive families have access to varying degrees of each other’s personal information and an option for contact,” Minister Zappone said.

“However, we will need to reach a better understanding of what we mean by these terms.”

The review is expected to consider the provisions of the Adoption (Information and Tracing) Bill 2016, which provides for a statutory entitlement to identity information for adopted persons. It also provides for contact between adopted persons and their birth parents in certain circumstances.

It is also expected to include a broader review of the Adoption Act 2010, aimed at identifying operational and policy issues that may need to be addressed.

Ms Zappone said the outcomes of the review and subsequent consultation will also be influenced by legal and constitutional issues in relation to the status of the family under the Constitution, the impact of the referendum on children’s rights and any family relationships legislation.

The views of a range of stakeholders and people who are affected by adoption will also be considered.

“My department’s overriding approach to any proposed change in adoption policy is that the primary focus is what is in the child’s best interests,” Ms Zappone added.