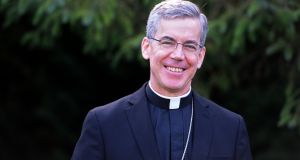 Archbishop Charles Brown: “We’ve a lot of priests in Ireland who are in their 70s, who are working right now. Some are in their 80s. In 10 years they’re not going to be working” 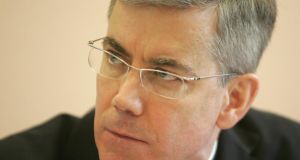 Archbishop Charles Brown: “We’ve a lot of priests in Ireland who are in their 70s, who are working right now. Some are in their 80s. In 10 years they’re not going to be working”

Papal nuncio Archbishop Charles Brown has expressed alarm at the lack of vocations in Ireland, and at the age profile of existing priests.

“We’ve a lot of priests in Ireland who are in their 70s, who are working right now. Some are in their 80s. In 10 years they’re not going to be working. We’re at the edge of an actuarial cliff here, and we’re going to start into a free fall.”

Archbishop Brown was speaking to The Irish Times at University Church on Dublin’s St Stephen’s Green where he had celebrated his last public Mass in Ireland on St Patrick’s Day. It was announced last week that he has been appointed to Albania. He departs next month.

While weekly Mass attendance appeared to have stabilised, he said what was in decline “remarkably and alarmingly was the number of men coming forward as potential priests”. It was “very serious”.

His arrival in Dublin in January 2012, was at the lowest point ever in relations between Ireland and the Vatican. The previous July Taoiseach Enda Kenny excoriated Rome following publication of the Cloyne report, and the previous November it was announced Ireland’s Embassy to the Holy See was to close.

“It was a moment of tension, a moment of difficulty, but on every side – from the government, from the Church – I always felt very, very welcome here,” Archbishop Brown said.

In his five years as papal nuncio 11 Catholic bishops were appointed, an unusually high number. It was not without controversy. The Association of Catholic Priests claimed there was little consultation about these appointments, and was upset that all new bishops were from outside the diocese to which they were appointed.

Archbishop Brown insists “the Pope appointed them. I send three names for every diocese, the so-called terna, and out of those three names they choose and it’s a very exhaustive process, a very transparent process in terms of what the Congregation for Bishops and what Pope Francis sees.”

In Rome last September “they told me their idea would be to send me to another nunciature within the next nine months or so”, he said.

Albania was “a country so completely unlike Ireland in many respects. It has a Muslim majority. It’s a very politically sensitive place because of the Albanian presence in Kosovo and Macedonia. Politically it’s quite difficult.”

On his recent visit there Pope Francis “was so impressed by the way in which the three traditions, Christianity in its Orthodox and Catholic form, and Islam co-exist very, very well in Albania. It’s a place of good inter-religious dialogue and co-operation, so I look forward to that.”