‘Times are changing’: Final Mass said in one of Ireland’s largest churches before demolition

Archbishop tells congregation: ‘I would rather been setting out to open a new church than to find myself closing a building’ 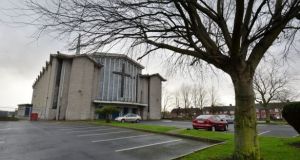 The Church of the Annunciation, Finglas. The building is to be demolished to make way for a smaller church building. Photograph: Alan Betson

The Archbishop of Dublin Diarmuid Martin today celebrated a final Mass in a north Dublin church that is due to be knocked down because it is “too large” for today’s needs.

The 3,500-capacity Church of the Annunciation in Finglas was opened in 1967, when John Charles McQuaid was Archbishop of Dublin.

It will be demolished to make way for a smaller church building accommodating 350 people.

Archbishop Martin told the congregation: “Visiting a parish reminds me of the real affection people have for their priests and for their own church. Visiting parishes is something that energies me and give me the confidence that the church is strong despite the challenges it faces or the criticism that it often encounters.

“This morning however I cannot say that I set out with the same sentiments. I come as most of you did with mixed feelings. I would rather been setting out to open a new church than to find myself closing a building that has meant so much to this community over the years.”

Archbishop Martin said the church had been a landmark in the community, and even for those who no longer have any link with the church “have an affection for it and a recognition of what this church has meant over the years for Finglas”.

“Times are changing and we all realise that whatever our emotional bond and attachment with this church, it has become too large for today’s needs, maintenance has become problematic and its structure is showing signs of its age. It is time to take a new look at our needs and start a new beginning.”

Archbishop Martin said there are plans to build a new smaller and purpose-built church and a pastoral centre, and working with Dublin City Council “use the land for social services and housing for the elderly”.

He added: “There are those who will only see in our gathering today a negative sign. They will see it only as a sign of a declining church.

“We who believe in Jesus Christ know however that God is faithful and he renews his church in remarkable ways.”

Archbishop Martin concluded his homily blessing the community and telling parishioners to be proud of Finglas.

“The people who came to Finglas when this church was being built came with very little financial means. Despite having scarce financial wealth, they built up something that has lasted. Housing estates were turned into communities.

“Generations emerged of hard-working people who knew what good neighbourliness means. Young people were accompanied and the elderly were respected.

“We have to ensure that this spirit endures and where things go wrong we have to rediscover what is best in this community.”

While the site is being cleared and a new church built, Masses will take place at the local St Feargal’s school hall while funerals and weddings will be in Finglas’s St Canice’s Church and Baptisms at St Finian’s oratory in Rivermount parish, Finglas South.