‘All memory of what occurred in this place will be erased’ if building sold, says councillor 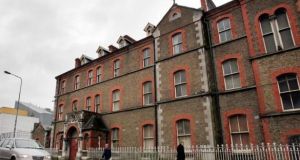 Dublin city councillors are to meet on Wednesday to discuss plans to sell the former Magdalene laundry at Seán McDermott Street to a Japanese hotel chain.

Known locally as the Gloucester Street Magdalene Laundry, it was the last such in Ireland and closed in October 1996. It was sold later by the Sisters of Charity to Dublin City Council who recently put it up for tender.

City councillors were told earlier this month that no-frills Japanese hotel chain the Tokyo Inn Group had offered €14.5 million for the premises and hoped to build a 350 room hotel with an additional 150 rooms as student accommodation. This has been met with opposition from local councillors and survivor groups who believe the site should become a memorial.

Cllr Gary Gannon (Social Democrats), who represents the north inner city, has launched an online petition opposing the sale and calling for the premises to be preserved as a centre for commemoration and remembrance of victims and survivors of religious-run institutions.

He said “the Gloucester Street Magdalene Laundry is the only former religious-controlled laundry of its type that is owned by the State.”

With its sale “all memory of what occurred in this place will be erased and forgotten forever . . . we cannot allow such an important part of our nation’s social and cultural history to be replaced with yet another soulless hotel.”

To those who say a new hotel would provide jobs, he said these would be “low paid, and with women cleaning laundry as before.” As many as 95 per cent of Toyoko Inn Group employees were women, he said.

Steven O’ Riordan, chair of the Magdalene Survivors Together group, called on Dublin City Council to stop the sale and said survivors were “infuriated, angry, upset and shocked” that it was being sold to a hotel development group.

Women “wanted to have a memorial at Sean McDermott Street dedicated to all Magdalene survivors,”he said.

“The irony of all this is that the Department of Justice has invited us to meet with them to discuss the development of the museum/memorial at Sean McDermott Street. This has happened as a result of us contact the Department of Taoiseach Office. There just seems to be no joined up thinking here.”

Labour party spokesman on urban renewal Joe Costello, who represented the north inner city area as councillor, TD, and minister for many years, said he believed “the idea of a hotel is not bad in terms of local employment and it would be great to see people coming into the area.” But “there has to be a suitable memorial” to the women who had been in the laundry, he said.

He remembered helping them get housing when the laundry closed in 1996. “They were all damaged extremely by it and were so institutionalised it interfered with their ability to be independent as human beings,” he said. There should be consultation about a memorial at the site, he said, but believed “if there is a national memorial it should be in Tuam. ”