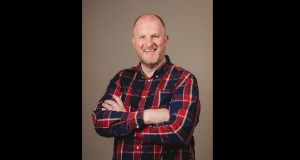 The Republic of Ireland is the least Christian part of the English-speaking world and a place where “God is now seen as redundant and unnecessary”, a prominent Church of Ireland rector has said.

Rev Trevor Johnston also accused “at least one” unnamed southern Church of Ireland bishop of “duplicity” on same-sex issues while “several Irish bishops have not spoken unambiguously” on abortion.

Rev Johnston, rector at All Saints Belfast, was a member of the committee that set up the highly conservative Gafcon (Global Anglican Future Conference) Ireland group last April “to contend with the spiritual forces of evil in the heavenly realms”.

Gafcon came into being after the election in the US Episcopal Church (Anglican) of the openly gay Gene Robinson as bishop of New Hampshire in 2003. It describes itself as “a global family of authentic Anglicans standing together to retain and restore the Bible to the heart of the Anglican Communion”.

In an interview with the Australian Church Record, which describes itself as “an evangelical newspaper in the Reformed Anglican tradition”, Rev Johnston said “the Republic of Ireland is the least evangelised part of this island, and in fact the entire English-speaking western world.

“This is in contrast to Northern Ireland, where there are a number of large churches.”

He said “there is significant overall decline in the denominations on the island, but the Church of Ireland in the South is feeling this most acutely. The age profile is old, the reach is small and the major urban centres lack any kind of strong ministry”.

The Republic “has now come of age as a western European nation, rejoicing in having thrown off the shackles of its Roman Catholic heritage. We saw this clearly in the referendums on abortion (2018) and same-gender marriage (2015). For the southern Irish, God is now seen as redundant and unnecessary,” he said.

There were “significant swathes of the Church of Ireland that are revisionist in their approach to the questions of human sexuality. The official teaching of the church remains that marriage is between one man and one woman but there are many (bishops, clergy and laity) who are trying to change this teaching and in 2017 a motion, defeated by about 10-15 per cent, sought to push against this traditional teaching,” he said.

He said there were “worrying trends and discouragements”, but that “Gafcon Ireland has the work of renewal and revival as its raison d’être”.