First synod in over 70 years planned for Limerick 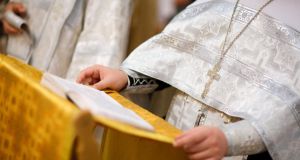 The Association of Catholic Priests has been calling for a national synod of the church in Ireland for some years. Photograph: Thinkstock

The first synod of its kind in the Irish Catholic Church for more than 50 years has been announced for the Limerick diocese in early 2016. It will be the first such gathering of Catholics in Limerick in more than 70 years.

Announcing the synod in a pastoral letter, Bishop of Limerick Brendan Leahy said it would be officially launched on December 7th next in the city’s St John’s Cathedral.

The synod will be a three-day meeting of “around 400 representatives of the life of faith in this diocese.

“Many matters of relevance to life in this diocese will be discussed enabling the wisdom and experience of all, inspired by the Spirit, to be spoken and heard,” he said.

The Association of Catholic Priests has been calling for a national synod of the church in Ireland for some years.

A preparatory commission for the Limerick synod will be set up in the coming months and will recruit delegates from various strands of life in the diocese who will attend the synod.

Delegates will come from: “parishes, schools (primary and secondary), third-level colleges; health-care communities; members of the Traveller community and other minority and migrant communities; youth ministry groups and ecclesial communities such as Muintearas Íosa, Charismatic Renewal and others; the Irish, Polish and other language-speaking communities; representatives of the city of Limerick, regeneration areas; the worlds of business, the arts, sport and other areas of culture,” the bishop said.

Once recruited, they will receive training in listening to people they represent and in discerning “what exactly our needs, concerns and possibilities are at this time”, he said.

This material would be presented to the preparatory commission which would prioritise and group it into themes for discussion at the synod.

Bishop Leahy also announced that before Christmas this year a pocket-size version of St Luke’s Gospel will be distributed to everyone in the diocese.

The synod was “an opportunity to open up, look around us, see things from other points of view, move out in missionary outreach to what Pope Francis calls ‘the peripheries’ that we find in our lives and society”.

It would provide “a time to dialogue with people from the worlds of employment and economics, politics and culture, the arts and sport, the media and social initiatives”, he said.