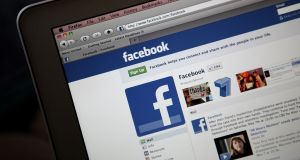 The Tullamore parish Facebook post drew numerous comments, the great majority from women, strongly criticising the message and calling for the author to be identified. File image: Justin Sullivan/Getty Images

A Catholic parish in the midlands was at the centre of controversy over the weekend after circulating a message to parishioners critical of IVF treatment.

The Facebook page of Tullamore’s Catholic parish in Offaly was taken down following a virulent social media reaction to the Christmas Eve posting.

Published at 3.51pm on Tuesday by “Tullamore Parish, Offaly”, the message was accompanied by an image of a foetal Jesus with a halo over his head and the words “He’s on His way” and “Christmas starts with Christ”.

The message called for prayers “for couples struggling to naturally conceive life and who are avoiding IVF treatment”.

It continued: “The process of IVF damages embryonic stem cells and thus life and is therefore completely, clearly and totally incompatible with our Catholic faith. For all believers in God, all life is sacred at all times.”

The post drew numerous Facebook comments, the great majority from women, strongly criticising the posting and calling for the author to be identified.

One woman wrote “I actually had no words in response to it, I was so shocked, maddened and really upset by it all especially after being through the process. They are so far removed from the realities of people’s everyday lives in their ivory tower.”

Attempts by The Irish Times to speak to priests in Tullamore parish on the matter were unsuccessful. One priest who was contacted simply said “bye” and hung up when this reporter identified himself. A second attempt to speak to the priest elicited the response “no comment” before he hung up again.

There was no response from the diocese of Meath communication office or from spokespeople for the Catholic bishops.