‘This will save lives’: Ireland’s first such centre approved 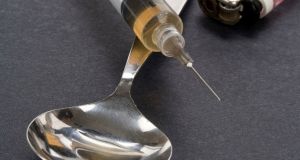 An Bord Pleanála published the ruling on Christmas Eve that the Dublin charity could proceed with the development of the Riverbank Centre facility which will include seven injecting booths and an after care area.

Merchant’s Quay Ireland (MQI) was initially refused planning permission by Dublin City Council for the centre but appealed the decision to block its opening.

MQI said the facility would enable the charity to reach people who were “isolated and vulnerable, offering them vital healthcare and treatment options”.

“With one death every day in Ireland from a drug overdose, this facility will save lives,” said a statement from the group.

“We understand that there are concerns from members of the local community, and we will work closely with them and all stakeholders as the project progresses to ensure that this facility benefits everyone.”

Excellent news! We can now proceed with Ireland’s first supervised injection facility and recognise that addiction is an illness. Well done Merchant’s Quay. Time we all get serious about tackling addiction issues in our country @MerchantsQuayIR https://t.co/zRssK2IWe4

In 2016, 736 people died in Ireland from drug-related causes, the fourth-highest rate in Europe, according to the charity.

Minister for Health Simon Harris welcomed the announcement as “excellent news” and commended the Merchant’s Quay charity for its efforts in pushing for the development of the centre. “Time we all get serious about tackling addiction issues in our country,” tweeted Mr Harris.

A statement from the Department of Health said the facility would “help save lives” and that injecting facility would recognise the “reality of addiction” in Dublin.

Minister of State Catherine Byrne said the decision to grant planning permission was an “important step in developing a public health response to the high incidence of drug-related deaths in the city centre”, adding that the centre was a key commitment of the National Drugs Strategy.

Ms Byrne acknowledged the local opposition to the centre but said the facility would actually “benefit” the local community by having fewer people injecting drugs in public.

In its decision to reject the application during the summer, Dublin City Council said the proposed development would “undermine the existing local economy, in particular the growing tourism economy”.

The council argued that opening the centre would have a negative impact on local residents, and “hinder the future regeneration of the area”. A large number of local businesses and politicians opposed the planned facility.

However, the order from an Bord Pleanála noted that based on the site’s inner city location, the range of services already on offer at the facility, the monitoring and evaluation and the pilot scheme nature of the proposed development, the centre would “not seriously injure the amenities of property in the vicinity” nor would it “adversely impact on the residential amenity or character of the area”.

The proposed facility would also be acceptable in terms of public safety and convenience, it added.

The HSE said last year that, based on evidence from other countries, injection facilities did not increase drug use, drug dealing or crime in the areas in which they are located.