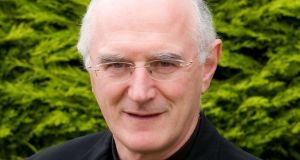 The suggestion by a priest that gay people suffered from “spiritual zombiehood” did not reflect Christian teaching, the Catholic Bishop of Ossory Dermot Farrell has said.

The gospel proclaimed “the welcome and inclusion of all; as every person – no matter their faith, or race, or sexual orientation – is made by God and is loved by God”, the bishop said.

He was commenting in response to “inappropriate language and sentiments used during a homily at the Capuchin Friary [in Kilkenny] last weekend”.

On Saturday Capuchin priest Fr Tom Forde said during the homily that, although he knew zombies were not real, he believed people could still be “physically alive but spiritually dead, morally rotten or at least infected”.

This could be seen in their “self-destructive, irrational behaviour”, he said. “It is visible in the abuse of drugs and alcohol, in adultery, fornication and homosexuality (and there are other unnameable behaviours). As well as in acceptance of abortion and contraception and in the move to legalise euthanasia.

“In the zombie genre once you’re bitten you’re infected and there’s no hope.The only way to deal with the monsters is to stab or shoot them in the brain, for otherwise they are merciless, relentless and unstoppable. Zombies, thank God, do not actually exist, but, I would suggest, spiritual zombiehood does,” he added.

In a statement on Thursday, posted on the Ossory diocesan website, Bishop Farrell said that, as well as being saddened at the language used and sentiments expressed by Fr Forde, he was “saddened too that a liturgy was used to convey any sentiment so at variance with our understanding of God”.

“Words can hurt and care needs to be taken by all, in all situations, so as not to alienate, hurt or cause offence,” the bishop said.

He also welcomed “the statement of the Capuchin order expressing their deep regret [over the incident] and their strong reaffirmation of their welcome of all people. I know the affection in which they are held by the people of Kilkenny.

“I express our appreciation for the Capuchins’ service of the most vulnerable [in Kilkenny and beyond], and I thank them for outlining clearly their views on the good news of the inclusion of all.”

On Wednesday the Capuchins in Kilkenny said in a statement that Fr Forde’s homily “which had been published as a blog is no longer posted online”.

“On reflection Fr Tom removed the blog as it was not his intention to cause hurt to anyone,” the statement said.

It continued: “The Capuchin order wishes to state that all are welcome in our churches, irrespective of sexual orientation. Unfortunate comments were made about homosexuality last Saturday, which gay people would have found hurtful, and we deeply regret this.

“When asked about gay people, Pope Francis has said: ‘Who am I to judge?’ And speaking to a gay man at an audience in the Vatican he said: ‘God made you like this and he loves you.’

“We support Pope Francis in his comments on gay people and we will continue to be guided by him and by our own mission statement, which states that ‘we affirm that our fraternities will be places of prayer, hospitality and outreach to all’.”