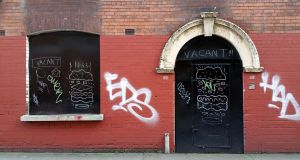 The organisation is urging the Government to step away from neoliberal financial policies that led to the deregulation of markets and banks, and put in place “decent services and infrastructure” for a vibrant economy and fairer society.

“Looking at the reality of Ireland today, we are doing well on a surface level, but closer analysis shows a very different story,” said Social Justice Ireland director Dr Seán Healy. “There are quite a number of crises we are facing. We have a real issue with sustained poverty which hasn’t been effectively addressed.”

Calling for an “economically sound and socially fair” budget, the charity is requesting a bigger investment in healthcare and services for elderly people and those with disabilities, and for the rural-urban divide to be addressed.

To fund this, the State needs a more sustainable tax model, the think tank says. The country’s current reliance on “windfall taxes from multinational corporations” will not work in the long term, and policies should focus on increasing the State’s overall level of taxation to the equivalent of €17,049 per capita, the group suggests in its own mock Budget 2020. This would include the introduction of a minimum effective corporation tax rate of 6 per cent, which the group estimates would yield in excess of €1 billion in 2020.

“The windfall money should be spent on one-off things, like housing and schools. You build a house, you don’t have to build it next year. This is the time to build these,” said Dr Healy.

He warned: “If the economy goes down, we are in danger if we don’t have a higher tax take.”

If the group’s proposals were implemented, the State would still be a low-tax country, but it would be closer aligned with the EU average, he said.

Climate change must be addressed throughout Budget 2020, but the effects on poorer people need to be mitigated against, the report, titled Budget Choices, says. Carbon tax should be set at €10 per tonne of CO2 emitted and the price of diesel should be increased by 6 cent a litre.

The submission says that the €212 million raised from carbon tax should be ringfenced for investment in a Just Transition Fund, which would work to retrain and support communities most impacted by employment losses due to environmental efforts, contribute to the retrofitting of homes and community facilities, and help upgrade the public transport network. By removing the PSO subsidy for peat, the Government could redirect €118 million towards renewable energy schemes, the report claims.

“You cannot just impose an extra charge on people without supporting them to make the change. The Government should look at a carbon policy as a whole,” said Eamon Murphy, economic and social analyst for Social Justice Ireland. “If you don’t get public support for this it is going to be much harder for Ireland to transition to a low-carbon society,” he added.

Also proposed is a commercial air transport tax, similar to a system in Sweden, which would see air passengers taxed by distance travelled.

Dr Healy criticised what he said was the Government’s lacklustre reaction to the climate crisis. “Here we are heading into the second half of 2019 and we don’t have a climate plan. This Government has had 8½ years in office, so they cannot say they didn’t have the time,” said Dr Healy, adding: “This is crazy stuff. Even at the moment they are still messing.”