Real issue not about difficult pregnancies but the unborn defenceless child 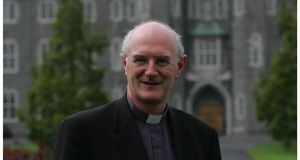 Catholic Bishop of Ossory Dermot Farrell has said he has been told that abortion is worse than rape.

“First of all rape is a violent act and it’s a violent crime against a woman - a terrible crime. And sometimes, what I understand from women who have been raped, is that the abortion that followed sometimes after rape was far worse than the rape itself,” he told Pat Kenny on Friday morning on Newstalk.

He was interviewed in connection with his pastoral letter on the Right to Life published last weekend.

Ordained Bishop of Ossory last March he said “the real issue is not the difficult and stressful pregnancies so often cited in debate, but whether we want to strip the unborn defenceless child forever of the right to life. The law and the teaching of the Church have always found a way, with compassion, to deal with the hard cases.

“From experience we know that once abortion was introduced it has proved extremely difficult to restrict. Laws do not remain static. Moreover, abortion becomes normalised. For example, in England about 40 per cent are repeat abortions. What was once proposed as a resolution to a tragedy has, over time, become a matter of lifestyle and choice. The result of abortion is always the death of an unborn girl or boy.”

He suggested also that men were frequently the ones responsible for women having abortions. “A man is equally responsible for a pregnancy. How often is the woman abandoned with her pregnancy, when the man, the child’s father, is unwilling to accept responsibility for it? In abandoning the mother of his child during pregnancy he indirectly encourages the woman to seek an abortion. Abortion knows no gender bias. In this regard abortion visits harm not only on women, but also on men and the surviving children,” he said.

He commented that “in recent years and more with increasing intensity during the past months, I have listened carefully to what has been said. I have listened as a son, as a brother, as an uncle, as a priest. I have heard heart-rending stories of people, sometimes couples, but usually women in very difficult situations. In recent weeks, since becoming Bishop of Ossory, I have listened with a new awareness to what is being said.”