TD says: ‘Girls are being looked after in prison but have not had the opportunity to call home’ 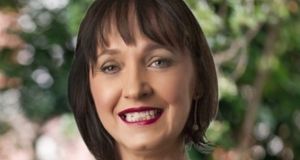 Fianna Fáil TD for Kildare South Fiona O’Loughlin said the two women “have not had the opportunity to call home or speak to their parents yet who are understandably very worried”.

Two Irish teachers have been detained in Beijing due to issues with their visas.

The two women, one from Co Kildare and the other from Co Offaly were on working visas and teaching in Beijing schools.

They both took on an extra job teaching in a private school, which was not licensed.

Last Saturday, Beijing police arrested 11 people including the two Irish women who were working at the private school.

It is understood the women did not believe there was any issue with the private school and had taken the jobs in good faith.

A source said the women have been detained in single cells, have not been allowed to ring home to Ireland and have only been able to meet each other at mealtimes.

Officials from the Irish Embassy have been engaging with prison authorities to work on the women’s case.

The Department of Foreign Affairs confirmed it is providing consular assistance to a number of Irish citizens in Beijing.

Meanwhile, Fianna Fáil TD for Kildare South Fiona O’Loughlin said: “It is an unfortunate set of circumstances the girls have found themselves in and [THEY]have ended up being detained.

“The girls are being looked after in the prison but they have not had the opportunity to call home or speak to their parents yet who are understandably very worried.

“Members of the Irish embassy are working very hard to get the girls out of there.”