People have no absolute right to fadas in names, watchdog finds 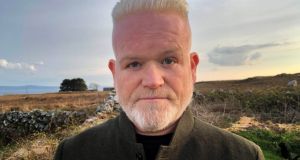 Ciarán Ó Cofaigh: ‘You often hear of the right to defend your good name – I don’t even have a right to a name’

Irish people don’t have an “absolute right” to have their names spelt correctly, the State data watchdog has ruled.

A television producer being treated for cancer, who complained to the Data Protection Commission after medics refused to include the fada on his name, has described the finding as a “disgrace”.

Ciarán Ó Cofaigh (51), alleges the Health Service Executive (HSE) was in breach of EU rules when University Hospital Galway, where he is getting radiotherapy, told him its computer software does not allow for fadas.

The HSE admits its systems in “various” locations do not accept the accent, which it acknowledges is an integral component of the Ireland’s first official language and necessary to properly spell Irish names.

After an eight-month investigation into the complaint, the commission has ruled an individual’s right to have their records rectified “is not an absolute right” and “depends on the circumstances in each individual case”.

It recommended the HSE keep Mr Ó Cofaigh updated about the ability of its systems to accept fadas in the future and that it put a note on his hard-copy file to say he disputes the accuracy of his name on existing records.

“They have sided with the HSE that I don’t have the right to have fadas on my name,” said Mr Ó Cofaigh. “It is an insult. It is a disgrace that in my own country I can’t be given my own name. You often hear of the right to defend your good name – I don’t even have a right to a name.”

Mr Ó Cofaigh accused the commission of interpreting the EU rules “in a very narrow way”, which has rendered them “meaningless” in his case. He said he is taking legal advice on appealing the ruling.

Article 16 of the GDPR states the right of people to have “inaccurate personal data” held by organisations corrected “without undue delay”.

Companies can be fined up to €20 million, or up to 4 per cent of their turnover, for failing to adhere to the rule. The maximum fine for public bodies is €1 million under the Data Protection Act.

Rónán Ó Domhnaill, An Coimisinéir Teanga, said the use of a síneadh fada is an intrinsic part of the Irish-language alphabet. “Irrespective of any possible data protection implications, this most basic of requirements should be put on a statutory footing by way of an amendment to the Official Languages Act.”