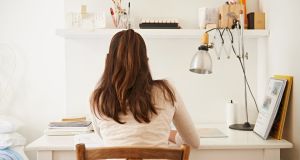 Dublin’s new student accommodation has become the preserve of “the sons and daughters of the global elite”, a Dublin City Council meeting has been told.

Councillors were responding to a report that found almost 80 per cent of people living in the “purpose-built” student residences are international students.

Current construction projects indicated that the figure would exceed 9,000 spaces next year and there was potential to house 14,000 students in purpose-built blocks by 2024.

The report found the average rent was €250 a week, with some students paying more than €300 weekly.

It was “difficult to ascertain the impact of PBSA [purpose-built student accommodation] on the private rental sector” with international students making up the majority of residents, “the inference being that if PBSA were not available these students may not have chosen to study in Dublin”, it found.

However, the report said a considerable drive by third-level institutions and the Government to attract international students meant “it is likely these students would come to Ireland regardless of the availability of PBSA - impacting further the pressures already felt in the private rental sector”.

It was clear, the report said, that demand for student accommodation would continue in the medium term.

“It would then be expected the focus of developers generally will shift to alternative sectors, including private owner-occupier and build-to-rent residential development.”

The report said student accommodation “has not forced out private residential development in instances where the sites were already vacant and underutilised for a considerable number of years”.

Sinn Féin councillor Críona Ní Dhálaigh said residents of Dublin 8, where there is a high concentration of purpose-built student blocks, “feel under attack and under siege by the student accommodation that’s being built there”.

Solidarity councillor Michael O’Brien said the apartments were unaffordable for the children of low- and middle-income workers but were “for the sons and daughters of the global elite”.

Green Party councillor Ciarán Cuffe said it was crucial there was a good social mix in communities and that “student ghettos” were avoided.

Meanwhile, council chief executive Owen Keegan said he regretted if comments he made on homelessness in February, when he said Dublin was a “major draw” for homeless people because of the quality of its service provision, were misinterpreted.

He told councillors on Monday he also regretted “the manner in which my comments were delivered which was unnecessarily casual given the seriousness of the issue”.