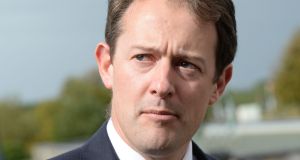 Labour Party children’s spokesman Seán Sherlock said there was serious doubt cast over the effectiveness of the 2012 audit of Scouting Ireland, given the recent revelations. Photograph: Brenda Fitzsimons

More than 20 individuals alleged to have sexually abused children in Scouting Ireland are believed to be still alive.

Several individuals who had complaints of child sex abuse made against them over their time in the organisation are serving time in prison, The Irish Times understands.

Where individuals are still alive, or their status is unknown, Scouting Ireland has passed on information to An Garda Síochána, the State child protection agency Tusla and authorities in other jurisdictions where alleged abusers are living abroad.

A conservative estimate is that at least 20 of the 71 alleged perpetrators are still alive, according to sources in the organisation. The Garda has said it will fully investigate all abuse allegations.

None of the alleged abusers are still active in the organisation, which has 40,000 juvenile members.

Scouting Ireland formed in 2004 following a merger of the Catholic Boy Scouts of Ireland and the Scouts Association of Ireland, and took on the legal liabilities of the two former organisations.

As the controversy continues, questions have been raised over a previous review of Scouting Ireland’s historic records in 2012 which failed to raise concern about the scale of historical abuse.

The organisation conducted a review of their past child-protection files in 2012, to examine if any adult volunteers previously removed from legacy organisations, had been allowed to re-enter in recent years.

One leader was removed from Scouting Ireland on foot of the review.

Ms Zappone plans to question the organisation about the 2012 review in a meeting she has requested over the abuse controversy.

Details of an internal audit were disclosed earlier this week showing 108 historic cases of abuse, related to 71 alleged perpetrators, had been identified.

The audit, which is still ongoing, is being carried out by child safeguarding expert Ian Elliott. Following the initial revelations a considerable number of people have contacted Scouting Ireland in recent days with information related to more cases.

In 2012 Scouting Ireland became aware of a leader who had been removed from the association in the early 1970s over child abuse allegations, who had re-entered some time after 2004.

The male volunteer was removed from the organisation, and chief executive Dr John Lawlor ordered a staff-led review of past files, to detect any other similar cases. Former staff from the two past legacy organisations were brought in to assist the audit.

“We traffic-lighted them as either red, amber or green, with red meaning that we had to act immediately,” Dr Lawlor told an Oireachtas committee on children and youth affairs in May.

The organisation marked seven cases as amber, “meaning that we had something to do but that it was not immediate”, he said.

Labour Party children’s spokesman Seán Sherlock TD said there was serious doubt cast over the effectiveness of the 2012 audit, given the recent revelations.

“We were told in May that no ‘red lights’ were flagged in that review. The question that needs to be answered now is why those files were left dormant since 2012,” he said.

A spokeswoman for Scouting Ireland said the 2012 review was undertaken for a specific purpose, “to ensure that no alleged perpetrators previously expelled from the legacy organisations had been readmitted to the new organisation”.

Mr Elliott’s review was a “full investigation into all historic cases”, which included an audit of past records, interviews with former and current volunteers and staff, and information provided by abuse victims coming forward, she said.

The majority of the alleged cases of abuse took place in the period between the 1960s and the 1980s.

On Friday Tusla set up a dedicated helpline to deal with reports of past child sex abuse in Scouting Ireland (1800 805 665).