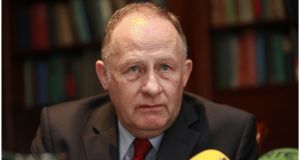 State child protection agency Tusla has set up a dedicated helpline to deal with reports of past child sex abuse in Scouting Ireland, following revelations that a review identified 108 past cases of alleged abuse in the youth organisation.

Tusla, who deal with referrals of child abuse, said the helpline would be open over the weekend, up to next Friday, from 9am to 4pm. The dedicated helpline number is 1800 805 665.

On Wednesday it was disclosed an internal Scouting Ireland review identified 108 alleged abuse victims, and 71 alleged abusers, who were primarily active between the 1960s and 1980s. The majority of the alleged abusers are deceased, and none are still active in the organisation, which has 40,000 juvenile members.

Where alleged perpetrators were still alive, Scouting Ireland said it had made reports to An Garda Síochána and Tusla. In some cases individuals are living abroad, and information has been passed to relevant foreign authorities.

Safeguarding expert Ian Elliott is conducting the review into past abuse, which is still ongoing. In recent days at least 15 further individuals have contacted the organisation, saying they were victims of past abuse. On Wednesday, Mr Elliott said he expected the number of known victims to increase “considerably”.

In a statement, Tusla said the helpline had been opened for “anyone with a concern, or who wishes to make a referral on foot of the publication of the recent Scouting Ireland report”.

“This is an extremely sensitive issue and one which we acknowledge may cause upset and anxiety for those affected,” the statement said.

“The Scouting Ireland report does not affect any referrals that have already been received by the agency and these referrals are being dealt with in line with normal processes.”

Separately, Scouting Ireland also set up a freephone helpline (01 800 221199) for any past victims of child abuse, or people affected by the controversy, who wished to contact the organisation.

Where victims of past abuse come forward Scouting Ireland has been offering to pay for counselling services if required.

In a statement to membership on Friday, Aisling Kelly, chair of the organisation’s new board, said it was “important that we acknowledge the terrible wrongs of the past” in the organisation.

“Every person coming forward with a complaint relating to sexual abuse is encouraged and supported in bringing their complaint to the relevant statutory authorities,” she said.

“This is not easy work and the team have been busy, but not overwhelmed, responding to contacts in the past few days,” she added.

Ms Kelly said members and parents could “be reassured that Scouting Ireland has safeguarding procedures in place” and is “a safe environment” for all members.

Scouting Ireland has been embroiled in controversy over safeguarding standards since the start of this year, when The Irish Times revealed a confidential report had found the organisation’s handling of a rape allegation, concerning two adult volunteers, had been “deeply flawed”.

Minister for Children Katherine Zappone has twice suspended the organisation’s State funding in recent months over a lack of confidence in its governance following the scandal.

Currently the organisation has been granted State funding up to next April, based on promises to continue to implement governance reforms.