Over 125 care centres and nursing homes at risk of closure 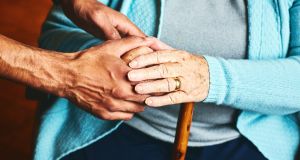 Warnings have been issued of a potential time bomb facing the health and care sector due to delays making capital improvements in nursing homes and disability residential centres. File photograph: Getty

Nearly 80 residential care centres for people with disabilities and around 45 nursing homes are at risk of closure as their physical premises do not meet required standards..

The Health Information and Quality Authority (Hiqa) recently warned Minister for Health Simon Harris of the potential time bomb facing the sector due to delays making capital improvements in such facilities.

In a letter on March 12th, Pat O’Mahony, chair of Hiqa, told Mr Harris there was “an impending risk” that a large number of care facilities would have to be effectively ordered to close as a result.

The majority of the care homes are either run or funded by the HSE.

In a February 26th briefing note sent to the Minister, Hiqa said 79 centres for people with disabilities were on course to miss deadlines to improve unsuitable buildings. “The net effect of all of this is that the homes of more than 1,500 residents are at risk of a breach of their conditions of registration.”

The health watchdog inspects residential care facilities, and if a centre is in breach of the terms of its registration Hiqa has powers to effectively order its closure. Common problems in older premises included overcrowding and fire safety concerns, the briefing said.

There were also around 45 nursing homes that will be in breach of their registration conditions as plans to renovate or rebuild premises are due to miss a 2021 deadline.

A number of care facilities secured re-registration in recent years on the condition that capital investments would be made, but are now behind schedule.

Centres had committed to improvements, but Mr O’Mahony told Mr Harris that “agreed plans for particular centres are not advancing at the required pace or are not happening at all”.

The correspondence, along with internal briefing notes, were released to The Irish Times following a Freedom of Information Act request.

Mr O’Mahony was critical that the HSE’s 2019 budget “makes little reference to any plans for substantial capital investment” in residential care centres.

Mary Dunnion, Hiqa chief inspector of social services, told the authority’s March board meeting she had “significant concerns in relation to her ability to renew the registration of a substantial number of residential services for older persons and people with a disability”, Mr O’Mahony wrote.

The chief inspector was required by law to refuse to re-register a facility in cases of regulatory non-compliance, he said.

In a response on April 9th, Mr Harris said the HSE “must consider a range of issues” when drawing up its capital budget, including the cost of the new National Children’s Hospital, which has run several hundred million euro over budget to date.

The Minister said renovations for centres already contracted “will not be affected”, but he made no mention of extra funding for other care centres.

The Hiqa briefing note said €2.9 million set aside this year for investment in disability care centres “will be insufficient to address the capital spend needed”.

In nursing homes inadequate buildings in most cases led to care that was “institutional in its approach”, with shared rooms giving residents “little privacy or dignity”, the briefing said.

Unsuitable premises for people with disabilities often led to residents in large congregated settings, with many “living in fear of other residents” due to altercations, it said.