Mother and baby Q&A: What does the Government do now?

There are two issues to be considered around compensation: what level should be paid to whom, and who should foot the bill for it? 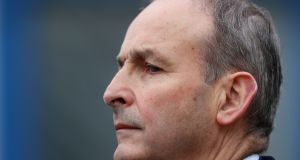 Taoiseach Micheál Martin: he divided his response to the recommendations of the report into four broad headings: recognition, remembrance, records, and restorative recognition

What does the Government do now?

The Government says it accepts all the recommendations of the report of the Commission of Investigation into Mother and Baby Homes, and has published a 22-point plan to implement them. In his apology to survivors delivered in the Dáil on Wednesday afternoon, Taoiseach Micheál Martin divided the responses into four broad headings: recognition, remembrance, records, and restorative recognition. All will take time, considerable further work and political will.

So what do these headings really mean?

Recognition and remembrance embrace a series of actions that will pose little political difficulty for the Government, but include the sort of projects and policies that have a habit of slipping down the political agenda once the focus of Government – and the urgency of politics – moves on. Actions to which the Government is committed include the gathering of all institutional records into a central repository – it will also examine making this available online – and the establishment of a “national memorial and records centre”. The Government will also seek to enhance access to official records through the National Archives, appoint an archivist and establish research scholarships. It will support local memorials, develop an all-Ireland national memorial, establish a memorial children’s fund and hold a survivor-led annual commemoration. None of these things are especially difficult; they just tend to be the sort of things that it takes officialdom a long time to do. Chances are they will all be the subject of lengthy answers to parliamentary questions in the future explaining why the process has not moved as quickly as the Minister hoped.

That will be trickier. Minister for Children Roderic O’Gorman has said he will set up an interdepartmental group immediately, and that it will bring proposals for compensation for survivors forward no later than April 30th of this year. But there have already been significant differences between O’Gorman and other Ministers about the compensation issue.

There are two issues to be considered: what level of compensation should be paid to whom, and who should foot the bill for it. The report of the commission says that most women who were in the institutions prior to 1973 (when the unmarried mothers’ social welfare allowance was introduced) should be paid some redress along the lines of the ex gratia payments made to the former residents of the Magdalen laundries. Residents in the homes after that date “do not have a case for financial redress”, the report found. The Magdalen women were paid an average of about €40,000 each; the average payment to former inmates of residential institutions, where horrific abuse was commonplace, was about €62,000, though the report stresses that there was nothing like this abuse in the mother and baby homes. But politics may yet require a more generous compensation scheme than the report envisages.

Both the Taoiseach and Mr O’Gorman have said they want the religious orders to pay a contribution to the cost of redress, but that process has not even begun yet, and there is no way for the State to force the orders to pay. The details of a scheme will be complex to work out.

Will adopted people be given access to their birth certificates and other documentation?

The report recommends so and the Government has said it will change the law to allow for people to have access to their birth and adoption documentation as of right. This is something that campaigners have sought for many years, but were rebuffed on numerous occasions. The commission’s report recommended that a constitutional amendment be enacted if necessary (as previously governments suggested) though the current Government hopes that legislation will be sufficient.

However, senior Government figures have shied away from promising that the right to access documents will be granted – instead they have said that this is their intention. The truth is that it is not yet clear that legislation can achieve this – work by officials is “ongoing” to find a way to provide access based on GDPR, the European data law, sources say. They hope this legal approach will work but they’re not certain. Even if that legislation works, it won’t be in place until next year at the earliest, and that’s if everything goes smoothly. And this is the sort of legislation that tends not to go smoothly, and certainly not quickly.