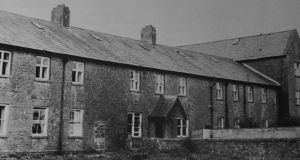 Many fathers of children born out of wedlock refused to marry the mother because of fears it would destroy a family’s standing in the local community, the mother and baby homes commission has found.

“An ‘illegitimate’ birth could destroy the marriage prospects, not just of the woman who had given birth, but for her siblings, hence the pressures to keep it a secret by sending her to a mother and baby home,” it found.

Many women deliberately “concealed their pregnancy from parents or family members” and this “pressure to keep their pregnancy a secret added to a woman’s trauma”, it goes on.

Previously in Ireland, and elsewhere, the most common action after a single woman was known to be pregnant “was to try and arrange a marriage between the woman and the father of her child”.

However “in the early and mid-20th century the Irish marriage rate was the lowest in the western world”.

The report devotes a chapter to relating “stories of women who became pregnant by a long-term boyfriend who refused to marry and often disappeared in hearing of the woman’s pregnancy.” In some cases the parents of either “opposed their marrying because of differences in social background or religion”.

The commission concluded that in Ireland “it seems possible the proportion of men who married their pregnant girlfriend may have been lower than elsewhere”.

Reasons why Irish parents may have been less willing than elsewhere “to welcome an ‘illegitimate’ grandchild into their home” may have been due to the fact that Irish families were large,” the report speculated. “Many families were poor and living in overcrowded home so an additional child would have put them under pressure. Such a child would have been especially unwelcome in a farm house where the marriage of the inheriting son depended on clearing the house of non-inheriting siblings,” it said.

In those middle decades of the last century a slow pace of economic development “meant that Irish men and women in their late teens and early twenties were more likely to be dependent on their parents than their counterparts elsewhere”.

Land inheritance “was important with farms passing from father to son. Agricultural concerns with breeding and lineage appear to have applied to marriage partners and children.”

The report also found that “the rural values of respectability and family standing also existed in the cities and towns, though to a lesser extent”.

On the influence of the majority Church in all this the report said that “the Catholic Church did not invent Irish attitudes to prudent marriages or family respectability, however, it reinforced them through church teachings that emphasised the importance of pre-marital purity and the sexual dangers associated with dance halls, immodest dress, mixed bathing and other sources of ‘temptation’.”

It said that “in the 1920s, the Irish Free State was a newly-independent nation which was determined to show the world that it was different; part of the difference related to the capacity to withstand the undesirable aspects of modernity, including sexual licence and alien cultures.”

There was also “a strong alignment of views between church and State, resulting in legislation against contraception, divorce, censorship of cinema and publications that was bolstered by church sermons denouncing sexual immorality and the evils of modern society”,

Priests “who denounced a man or woman who was responsible for an extra-marital pregnancy were reinforcing wider social concerns with family lineage and the respectability of a community.”

However, the report went on to point out that “while there is evidence of such denunciations, they were not as common as is sometimes suggested”.