Over 5,600 lost their place because they failed to return council questionnaires 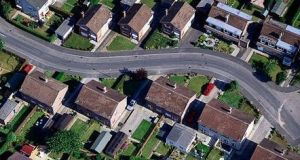 A total of 6,205 individuals and families have been taken off the Dublin City Council’s waiting list, bringing the numbers waiting to be housed to under 20,000. Photograph: Getty Images

More than one in five applicants have been struck off Dublin City Council’s housing waiting list, bringing the number eligible for social housing in the city to its lowest level in years.

A total of 6,205 individuals and families have been taken off the list, bringing the numbers waiting to be housed to under 20,000. The vast majority – more than 5,000 – have lost their place because they failed to return council questionnaires.

The council is required to review its list every three years to ensure all those on its books are still in need of social housing. In mid-2013 there were 16,000 households deemed eligible for housing. By July 2016, the number of applicants on the list had grown to 23,446.

The council last July wrote to all these applicants asking them to fill out a Housing Needs Assessment questionnaire if they wished to remain on the list. By the end of the year large numbers had failed to return their forms. The council proposed removing these applicants from its list, but following an outcry from city councillors agreed to extend the response deadline until March 31st.

That deadline has now passed, and despite concerted campaigning from most councillors encouraging their constituents to return the forms, 6,205 applicants have been crossed off the list.

A break down of these cancelled applications shows that 71 people died while waiting to be housed, more than 300 had been housed by another local authority outside Dublin city, and more than 200 had had a “change of circumstances”.

In addition 107 applicants were now over the income limit to qualify for social housing, nine had bought their own homes, around 40 had left Dublin city, and about 150 were deemed ineligible for other reasons.

However, the largest cohort struck off were the 5,654 people who did not return their assessment form.

Independent councillor Nial Ring said despite the extension of time for responses, there should be an appeals mechanism for those taken off the list.

“In one fell swoop Dublin City Council has reduced its housing list by 22 per cent. How many of those taken off are genuine and didn’t get letters, or in some cases ignored letters either because of literacy difficulties or fear of an ‘official’ letter?”

The council said applicants had been sent three reminder letters last year, and it contacted people by phone if a number was available.

While 6,205 people were removed from the list of 23,446 applicants, the current total stands at 19,777, meaning that 2,536 new applicants have joined the list for social housing in the city in the last eight months.