Many family hubs are ‘glorified hotels’, says Ombudsman for Children

Niall Muldoon concerned about impact of emergency accommodation on children 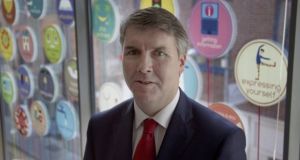 Ombudsman for Children Niall Muldoon says there does not appear to be clear timelines in place for bringing an end to the practices of emergency and self-accomodation.

Some family hubs are merely “glorified hotels” with additional washing and cooking facilities, the Ombudsman for Children, Dr Niall Muldoon has said

Dr Muldoon said he is “deeply concerned” about the immediate and longer term impact of the “trauma” homelessness has on children and their families.

Dr Muldoon was before the Joint Oireachtas Committee on Children and Youth Affairs on Wednesday, which was discussing the impact of homelessness on children.

“If you’re in a particular [family] hub in Dublin you could be doing very well, in the context of the situation, but other hubs are definitely much less of a high quality, less consistent, less support, access to what you need, even the cooking facilities and stuff like that.

“A lot of them are just glorified hotels that have been put in with a couple of different extra washing facilities and cooking facilities,” he said.

Family hubs are centres that accommodate homeless families, with on-site cooking and laundry facilities, on a temporary basis. The first hub opened in Dublin in March 2017 as an alternative to hotels. There are now 27 family hubs nationwide, providing 650 units of accommodation, while further hubs are being developed.

Dr Muldoon said there needs to be an “independent formal evaluation” of the suitability of family hubs. He said he had written to the Minister for Children and Youth Affairs Katherine Zappone to give “serious consideration” to increasing child support workers and family support services for children and parents living in emergency accommodation, including family hubs.

Dr Muldoon said he is “concerned” about the impact emergency accommodation in hotels and B&Bs, and self-accommodation as continuing practices are having on homeless families and children. He said there does not appear to be “clear timelines in place” for bringing an end to these practices.

Dr Muldoon also said the right to housing in the Constitution needs to be progressed as “a matter of priority”.

Fine Gael TD Alan Farrell and chair of the committee said: “On the basis that enshrining housing rights in the Constitution doesn’t build a house, it doesn’t change a policy, it doesn’t direct a budget, are we sure that that’s the answer to the housing and homelessness crisis?”

Dr Karen McAuley, head of policy at the Ombudsman for Children office said the constitutional right to housing is not “a silver bullet”

“It’s not going to affect change overnight but it has potential. At the moment it remains a stone left unturned and I think in light of the crisis that we’ve all seen unfold over the last number of years, I think it’s incumbent on all of us to ensure that no stone is left unturned and that potential of the Constitution is properly explored,” she said.