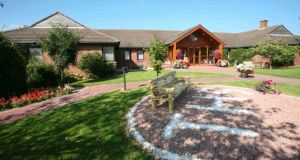 Oberstown is the setting for a new child detention campus which will accommodate teenage offenders who until recently have been placed in St Patrick’s Institution, a wing of Mountjoy Prison. Photograph: The Irish Times

Inspectors have raised concern that young people in a State-run child detention school are being routinely isolated in locked rooms to help manage disruptive behaviour,

In a 12-month period, more than 700 cases of “single separation” were recorded at Oberstown child detention campus in north Dublin. In one case, a child spent more than 83 hours in isolation over a four-day period.

The concerns have emerged in a Health Information and Quality Authority inspection of the facility, which provides education and accommodation for about 36 young offenders aged between 10 and 17 years.

Oberstown, which is funded by the Department of Children, is the setting for a new child detention campus which will accommodate young offenders who until recently have been placed in St Patrick’s Institution.

The rooms in which young people were confined at Oberstown ranged from a small room without natural light to bedrooms or activity rooms.

Staff gave various explanations for the use of the practice, such as suicide threats, drug use or threatening behaviour.

Children told inspectors they were in single separation due to “fighting” or “messing” or “waiting for more staff”.

The report said there were not always sufficient numbers of staff to care for children and that single separation appeared to be used more widely as a result.

Staff also found it difficult to build relationships with troubled young people as the service was “crisis-led”.

In all, the service complied with just one of the 10 standards assessed by Hiqa. Significant risks were identified in three of these standards relating to care, staffing and healthcare.

The report also highlighted also serious gaps in training. The majority did not have up to date training in areas such as child protection, manual handling and first aid.

There were also a large number of staff on sick leave due to injuries received at work, while there were high levels of absenteeism among staff.

The report states that while there was good leadership shown at senior management level, governance structures were not fully in place on the ground.

Other issues highlighted included in the report include:

* An incident occurred where up to seven staff members were involved in restraining a child which involved the use of handcuffs. Incident resulted in staff member being injured

* Not all children had a care plan and the quality of plans varied.

* Allegations of harm not being reported to Child and Family Agency

* Concerns over medication, with the minutes of a meeting between head of residential services and unit managers noting that there were “concerns young people may not be receiving the medication that they require”.

The report is based on two inspections which took place between late October and early November, one of which was unannounced.

The report notes that satisfactory action plans were drawn up by management at Oberstown to address gaps in mandatory training and other shortcomings in practice.

Epic, the support group for children in care, said the report’s findings were “shocking” and that it was clear young people were not being given the opportunity to address their offending behaviour .