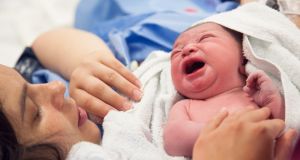 The steady decrease in the birth rate has continued from a peak in 2008. Photograph: iStock

Rates of births, marriages and adoptions continue to fall in Ireland while the death rate increases. Church marriages also continue to drop as civil marriages increase. These are among the facts disclosed in the 2019 annual report of the Civil Registration Service, which is published on Tuesday.

The Civil Registration Service operates under the Department of Social Protection and consists of the General Register Office, based in Roscommon town, and local registration offices at 61 locations operated by the HSE.