How does the Protection of Life During Pregnancy Act work? 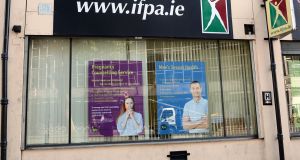 Where a woman or girl is pregnant, suicidal and needs an abortion, she may present at any of several services – including a family-planning clinic. Photograph: Eric Luke

Where a woman or girl is pregnant, suicidal and needs an abortion, she may present at any of several services – her GP, an emergency department, a maternity hospital, a psychiatrist, a family-planning clinic, a community health centre or a social worker among others.

Any clinician can invoke the 2013 Protection of Life During Pregnancy Act, and refer the woman or girl to a psychiatrist for an assessment. Under the Act the circumstances in which a woman can have an abortion are set out. Her life must be threatened and that can be by suicide.

Where she says she is suicidal she must be assessed by two psychiatrists and an obstetrician. In straightforward cases, she will be assessed, deemed eligible for an abortion and it will be performed.

If the first psychiatrist has a conscientious objection, they must refer her to the clinical director of mental health services in the area. If they object, they must contact the HSE’s Quality Assurance and Improvement Division in Dublin to convene a three-person panel.

If the first psychiatrist assesses her and deems she is not suicidal and does not qualify for an abortion, the woman can appeal the decision to a second psychiatrist and would also have to be seen by a third and an obstetrician.

If the Act is not invoked and it emerges later that it should have been, the woman could take legal proceedings against the State.

Psychiatrists say that in most cases suicidal women wanting an abortion will sooner travel than go through the rigours of the PLDPA.