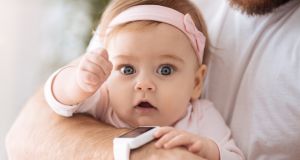 Some foster carers in the area spoken to by Hiqa inspectors said they did not even know what a foster care review was. File photograph: Getty Images

The vast majority of fosterers caring for children in south Dublin and Wicklow have not been reviewed by Tusla in years, including in some cases where child protection concerns were flagged.

A report published on Monday by the Health Information and Quality Authority (Hiqa) found that 84 per cent or 188 of 223 foster care households in the area have not been subjected to a performance review by the Child and Family Agency in over three years.

Just seven reviews were carried out in the 12 months prior to the health watchdog’s inspection of the service in February. The report says that there was “no system in place to ensure that comprehensive reviews of foster carers were carried out” in line with standards.

Best practice guidelines state that reviews should take place one year after a child’s first placement in foster care, with follow-up reviews carried out every three years thereafter.

However, some foster carers in the area spoken to by Hiqa inspectors said they did not even know what a foster care review was. Others said they had not been reviewed in “many years” of providing foster care.

The reviews offer a chance to evaluate the performance of carers and to keep up to date with issues such as Garda vetting, training and any additional supports needed. Tusla’s lack of reviews represented a missed opportunity, according to the report.

“The small number of reviews undertaken meant that very little learning was derived from reviews that would assist in the identification of gaps in the foster care service as a whole,” it noted.

While there had been nine allegations concerning child protection and welfare issues made against foster carers in south Dublin and Wicklow recently, only two reviews were conducted into these cases.

The performance of Tusla staff in relation to the carrying out of reviews prompted a major non-compliance rating by Hiqa, which stated that complaints and allegations were generally responded to in an appropriate manner and action was taken to safeguard the children involved.

Tusla indicated that it was aware of the deficiencies prior to the Hiqa inspection, with the chair of the regional foster care committee admitting that compliance in the area of reviews was “poor”.

An undertaking was given to perform all outstanding reviews within an 18-month period starting in May 2017.

Inspectors also mentioned concerns over a lack of effective recruitment and retention which meant that more foster carers are leaving the service than are being recruited.

Elsewhere, a report into foster care arrangements in the Louth-Meath area simultaneously published on Monday noted that there had been no reviews into serious concerns or allegations made against foster carers over the year to March, including in one case which was identified by the area’s principal social worker as a priority.

Some reviews were scheduled to take place, but had not been performed at the time of inspection. Tusla pledged to clear the review backlog within a year.

Commenting on the reports, a spokeswoman for Tusla pointed out that link social workers are in regular contact with all foster carers in south Dublin and Wicklow despite the absence of formal reviews in many cases.

It was added that a retention strategy for foster carers is being developed for the area, and that Garda vetting is being secured in outstanding cases.