Accessing abortion is a ‘lottery’ under Irish rules - psychiatrist 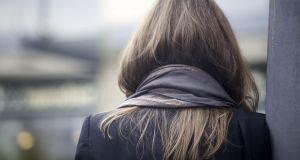 Under the Protection of Life During Pregnancy Act a pregnant woman or girl may have an abortion if there is a real and substantial risk to her life by suicide. Photograph: Istock

Accessing an abortion under the terms of the Protection of Life During Pregnancy Act (PLDPA) can be a “lottery”, a leading perinatal psychiatrist has said.

Prof Veronica O’Keane, a senior lecturer in the department of psychiatry at Trinity College, said the process of accessing an abortion here was “complex, arduous and not guaranteed” even in cases where a woman or girl may appear to be eligible.

She was commenting on a case reported by the Child Care law Reporting Project on Monday, in which a girl deemed to be at risk of suicide who wanted an abortion was detained under the 2001 Mental Health Act.

In the case, which was before the courts last year, the girl was referred to the HSE psychiatrist in her area, who judged that while she was at risk of self-harm and suicide as a result of the pregnancy, “this could be managed by treatment and that termination of pregnancy was not the solution for all the child’s problems at this stage”.

It would appear either a decision was made not to invoke the PLDPA, or it was not considered. Instead, she was sectioned (detained in a psychiatric unit) under section 25 of the Mental Health Act.

The PDLPA, which came into force on January 1st, 2014, set out for the first time the circumstances where abortion can be carried out where there is a “real and substantial” risk to the life of the pregnant woman or girl, including by suicide.

According to the Act, a pregnant woman or girl who is expressing suicidal thoughts and seeking an abortion may have an abortion if three medical practitioners, including two psychiatrists, have “jointly certified in good faith” that there is a real and substantial risk to her life by suicide which can only be averted by an abortion.

In this girl’s case, she was transferred to an adolescent psychiatric unit in Dublin, though both she and her mother thought she was being transferred for a termination. The report says “she was very agitated when she found that she was being admitted to a mental health unit”.

Because she was a child, the decision to section her came before the District Court, where the judge appointed a guardian ad litem (GAL) for the girl and one for the unborn child.

The girl’s GAL, who visited her in the unit, employed a second consultant psychiatrist to assess her.

This psychiatrist said although the “young girl” presented as being depressed “there was no evidence of a psychological disorder”.

“As the young girl did not have a mental illness she could not be detained under the Mental Heath Act. ”

The consultant psychiatrist also reported that the “young girl had very strong views as to why she wanted a termination of her pregnancy.”

The court also heard from the young girl’s treating adolescent psychiatrist who had last seen her the day before the detention application.

“He was of the opinion that while the young girl remained agitated and angry, she did not suffer from an acute mental health disorder that warranted her detention under the Mental Health Act. The consultant adolescent psychiatrist said that there was an initial concern of self-harm and that she was very distressed to find out about the pregnancy.”

The judge was satisfied the girl did not suffer from a mental health disorder and that she was entitled to be discharged from the mental health unit.

Though she could not comment on this case, Prof O’Keane said accessing the Act was not automatic and the process could be “arduous”.

“If the first psychiatrist a woman or girl sees does not want to assess her under the Act, due to conscientious objection, they must contact the local mental clinical director. If they don’t want to assess the case, the HSE office for quality assurance in Dublin has to be contacted. Then a panel of psychiatrist and an obstetrician will be assembled to review her.

“Or the first psychiatrist could not refer to the Act at all and decide on another course of treatment, in which case perhaps the woman could sue the State. So, the reality is very few people who are suicidal would feel up to navigating all this.”

It is not known what happened to the girl or her pregnancy after she was discharged from the unit, or whether the Act was then invoked.