Homeless families to be housed permanently in modular housing 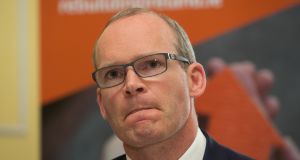 Minister for Housing Simon Coveney set a deadline of July 1st to end the use of hotels as emergency accommodation for homeless families. Photograph: Gareth Chaney Collins 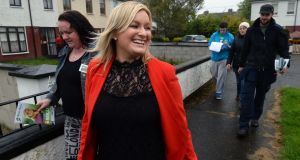 Modular homes, built to provide temporary homes for families living in hotels, are to be used as permanent housing under new plans from Dublin City Council.

The council’s housing department will present proposals to councillors in the coming weeks recommending that families who are moved into modular or “rapid build” housing would be given permanent tenancies for that house.

Homeless families moved into the first modular estate of 22 houses at Poppintree in Ballymun last May and were given six-month “licences” rather than the usual council tenancy agreement.

This was to allow the council to move the family on to suitable permanent accommodation once it became available, allocating the temporary home to another family living in a hotel.

However, due to the chronic shortage of social housing in the city the council has been unable to find homes for the families who moved into the Ballymun scheme, Baile na Laochra, one year ago, and is now proposing to offer the families permanent tenancies in the houses.

Four more estates of 130 rapid-build houses are under construction at Finglas, Darndale, Cherry Orchard and Drimnagh.

These estates were initially to have been completed last June, however the council does not now expect any of these estates to be completed by July 1st, the deadline set by Minister for Housing Simon Coveney to end the use of hotels as emergency accommodation for homeless families. About 800 families are currently living in hotels.

The council’s deputy chief executive and head of housing, Brendan Kenny, said the council will propose these new estates, due to be completed in the coming months, and any future rapid-build homes, would also be offered as permanent housing.

“We’ll be recommending that all rapid allocations going forward would be permanent.”

The council was also considering offering the modular housing to tenants on its general housing waiting list, whose former homes would then be offered to families living in hotels, he said.

“We would be open to the idea of tenants transferring into rapid-build so that the resulting vacancy would go to a homeless family rather than all homeless families going directly into rapid.”

“I said from the very beginning that it was unrealistic using them as anything other than long-term rental, because they are not building anywhere so where were families suppose to move to?”

While some residents were happy to stay in the houses, others were worried they would be moved back into hotels if they did not accept a permanent tenancy in the modular house, she said.

“Not all those in the houses are from the Ballymun area and took the house to get out of hotels, but would be hoping for permanent accommodation elsewhere.”

Tenants who don’t want to stay in the rapid-build houses should not be penalised, she said.

“It has to be a choice for them. The council gave them temporary licences and can’t change the rules later. If they don’t want to stay, it must not be considered a refusal of accommodation.”