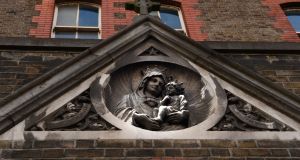 Ombudsman Peter Tyndall has warned the Department of Justice that it needs to move speedily to deal with compensation for women who worked in Magdalene laundries but lived in adjoining institutions.

One such woman, Maureen O’Sullivan, from Co Carlow, told RTÉ’s News at One that she had been supplying information to the Department of Justice on the issue since 2009, “but they’re still looking for bits of paper that don’t make sense – they asked for my mother’s marriage certificate.

“To put us through this over and over again just doesn’t make sense – our age group, we’re not able for this.”

The Magdalene redress scheme has already paid compensation to 700 women who lived in the laundries, but compensation has not yet been paid to women who didn’t live in them but worked there while living in adjoining institutions.

Minister for Justice Charlie Flanagan had announced in June that the Magdalene redress scheme would be widened to include women who worked in the laundries but were resident in 14 adjoining institutions, following a critical report on the issue by Mr Tyndall published a year ago.

Mr Tyndall said as far as he’s concerned these women could have been admitted to the original scheme, but the Government took the view that an addendum was necessary to enable them to access the scheme.

“If that were the case it should have been dealt with and processed quickly. Our concern is that it has been a year since the [Ombudsman’s] report was issued, [and] that addendum still hasn’t been finalised.”

According to RTÉ, the department says that it hopes to be in a position later this week to write to the women concerned and to start processing awards in accordance with the Ombudsman’s recommendations.

“I’m pleased that they’re saying that,” said Mr Tyndall in response. “We’ve had a number of reassurances as to when this would happen. I hope that this one now is the one that is finally delivered on.

“This has not been an issue with the Department of Justice – the addendum has been with the Attorney General’s office. We need to see it turned around from there very quickly indeed.

“One of the things we’ve said to the department is that they have a lot of the information already from these women; they must be very cautious not to send them out forms asking them for the same information again. They need to just ask for any additional information. They do need to calculate how long the women were in the laundries, worked in the laundries, in order for the sum [of compensation] to be calculated.

“The other benefits, the health benefits and the pension benefit, the social protection benefits – they could be paid straight away.”

When asked how long the processing of awards is going to take, Mr Tyndall said: “We’ll be keeping a close eye on it.

“But for the women in adjoining institutions we want to see considerable speed and a great deal of empathy in the way that the department deals with them.”

He said that the department was not lacking in the one-to-one context, but that sending out complicated forms to women who have already provided a lot of information is “not a way of responding compassionately to their situations”.