EU competition to offer tickets for travel next summer 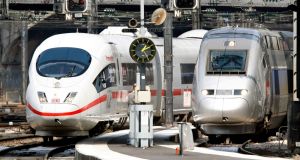 Irish teenagers will have the opportunity to apply for a further round of free European Inter Rail tickets next month.

The European Commission has said it will make 12,000 additional tickets available for 18-year-olds to discover the continent following the success of the first round of its DiscoverEU programme this year.

In that initial phase, more than 2,500 Irish applicants vied for 140 of the coveted Inter Rail passes.

The second competition will run from November 29th to December 11th. Successful applicants will be free to use the rail services between April 15th and October 31st next year.

EU Commissioner Tibor Navracsics, who is responsible for culture and youth said about 15,000 18-year-olds who had the opportunity to travel through member states in 2018 had “experienced first-hand what it feels like to be European”.

The allocation of tickets is based on the proportion of a country’s population.

If the European Parliament and Council agree, another 1.5 million people would be able to travel between 2021 and 2027, supported by a budget of €700 million.