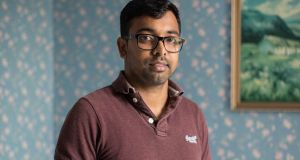 Babor Hussain Bangladesh: “I found the local people to be very friendly towards me.” Photograph: Eamon Ward 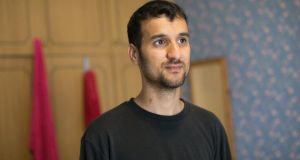 Sayed Ahmed Almosawi from Bahrain: “The local people here are very helpful and they are very good.” Photograph: Eamon Ward

Babor Hussain, a 27-year-old Bangladeshi, was on a bus with 29 other asylum seekers in April heading west out of Dublin towards Lisdoonvarna – a small village on the edge of the Burren in Co Clare.

For years, Lisdoonvarna has been associated with tales of lovelorn bachelors making their way to the sleepy north Clare village for the annual Matchmaking Festival.

However, tales of courting were replaced earlier this year with headlines about Lisdoonvarna saying “No” to a planned direct provision centre for asylum seekers in the village.

At a public meeting, 93 per cent of the 212 people present voted against the planned direct provision centre at the King Thomond Hotel owned by hotelier Marcus White. The vote was called after White said that if the townspeople didn’t want the centre to proceed, he would honour their decision.

But White proceeded to sign a contract with the Department of Justice’s Reception and Integration Agency (RIA) for the centre regardless.

Soon, far-right elements were accused of stoking up tensions by Clare Fianna Fáil TD Timmy Dooley after they circulated leaflets in Lisdoonvarna documenting murders and rapes carried out by foreign nationals in Ireland over the last number of years.

Local businessman Kieran O’Halloran mused at the time: “Three weeks ago, if a tourist Googled Lisdoon, it was a wonderful place to go. Google it now and it is not positive because it is all bad stories about the direct provision centre that is being forced on us.”

It was those same Google searches that had Hussain anxious on the bus after receiving the transfer letter to Lisdoonvarna from his direct provision centre in Finglas.

Laughing at the memory, Hussain says that after arriving at the hotel, he didn’t know what to expect. “But I said, ‘Let’s go out – they are not going to kill me and we can talk’. I found the local people to be very friendly towards me.”

Following concerted efforts by many of the locals and the asylum seekers, any suspicions each side had of each other were quickly broken down.

Today, there are 115 asylum seekers from 23 different nationalities at the hotel. The top five nationalities there are from Georgia, Albania, Nigeria, Zimbabwe and DR Congo.

“Since I have arrived in here, I haven’t found any negative vibes or attitudes towards me,” says Tanir Ahmed, from Bangladesh.

“I have spoken to locals and they were never against refugees – their main concern was the lack of facilities to deal with numbers coming in – like the village having one doctor. Pressure will be higher and waiting times will be longer and I have to agree with them.”

Former Bahraini banker and political activist Sayed Ahmed has nothing but good things to say about the locals. “The local people here are very helpful and they are very good. Lisdoonvarna is safe and that is the main thing,” he says. “It is boring because I don’t have a work permit but it is a temporary thing and I won’t be here for long. I am not here for a vacation.”

Marcus White came in for a lot of flak locally for the way he handled the setting up of the direct provision centre. However, Ahmed is full of praise for him. “He is so humble. the man is a multimillionaire. He is so funny. He plays table tennis with us. One day, my wife, Asmaa and her friend were feeling tired and frustrated and Marcus was asking ‘What happened? What can I do?’ and he called his driver and they were given a tour around the Burren.

“He is so kind. At the end of Ramadan, he gave us chickens, sweets, ice-cream – anything we asked for.”

White declined to comment, saying he would speak at the end of the tourist season.

Close to the reception at the King Thomond is a timetable of the weekly activities for the asylum seekers, with many events facilitated by members of the local community.

Theresa O’Donoghue has been to the forefront at fostering links through Lisdoonvarna is Nurturing Knowledge and Solidarity (Links).

She has been involved in setting up art and crafts on a Monday, a children’s talent camp on Tuesdays, coffee mornings on Thursdays. Another group has been trained up to teach English through conversation with Fáilte Isteach.

Residents also get to go swimming once a week in Lahinch through Links.

However, O’Donoghue has expressed her frustration with the failure of the RIA and the Department of Justice in supporting the efforts made by Links in helping the asylum seekers integrate into the community.

She says it has received no funding from the department, and locals on the frontline doing what they can to help integration have been let down from the start. “As ever the RIA, like so many other areas of government, depends upon volunteers fundraising and doing their work for them. No more.”

A spokesman for the department said funding has been provided to two projects in Lisdoonvarna under the Communities Integration Fund (CIF).

“In addition to the CIF, the Department of Justice is committed to providing supports to help the integration of residents of the King Thomond Centre into the wider community. The department is finalising the provision of funding [in the order of €22,500] to Clare Immigrant Support Centre to provide an outreach project to the King Thomond Direct Provision Centre in Lisdoonvarna.”

Orla Ní Éilí of the Clare Immigrant Support Centre was holding a clinic in the foyer of the hotel last week. “Things are going well in the direct provision centre, it is run very well and the food is fantastic,” she says.

“The truth is while doing all these things, the asylum seekers’ lives are very uncertain. They are in a precarious station to be at in life because you are not too sure what is in front of you after everything you knew and loved is left behind you.”

O’Halloran is less convinced. “We don’t really see the asylum seekers here. Organised coffee mornings are all very well, but I don’t believe that is integration.”

As for Hussain, he knew life in direct provision was never going to be easy: “It is hard and I take it is a challenge for me but I will face it as I don’t have any other choice.”