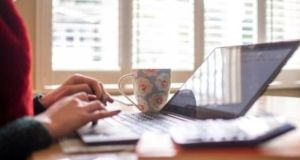 A target to have 20 per cent of public servants working remotely on a more permanent basis can be achieved by the end of this year, Tánaiste Leo Varadkar has said.

As part of plans announced on Friday the Government said it would legislate to give people the legal right to ask their employer to allow them to work from home beyond the end of the pandemic.

Mr Varadkar said the arrival of Covid-19 had changed mindsets about the nature of work and accelerated the process greatly. The changes seen since the crisis began last March had allowed what might have been achieved in five to 10 years to be realised in a much shorter space of time, he said.

“It is achievable, and I am determined to drive it through. There are some things which might take a longer time. I think most things can be done quite quickly,” he said of the plan.

Mr Varadkar, the Minister for Enterprise, Trade and Employment, said private sector workers would also be able to request to work from home under the policy. This right would be enshrined in a new code of practice that is being developed by the Workplace Relations Commission.

If an employer refuses such a request, he said, there would be a right for the employee to a hearing and determination on their situation. Mr Varadkar said he would prefer if such matters were all agreed within the workplace, all of which involved different circumstances.

He added that in next October’s budget there would be tax, expense and allowance changes to facilitate people who choose to work remotely.

Mr Varadkar also said legislation would be introduced to allow people working from home to disconnect from their jobs after a point so they do not end up working extended hours.

The Tánaiste said there were categories of workers who would still need to attend workplaces – frontline health workers, teachers and gardaí, as well as those engaged in hands-on jobs such as in manufacturing. Mr Varadkar said there was an opportunity for “‘blended” working for those professions that would allow some tasks to be done from home.

He said that there were no projections or targets for the private sectors as yet but that it was an area the employers had embraced before the public sector did.

“I met TikTok in recent weeks. They still need a headquarters. They still think they need an office. But I do think that things will need to be different. It will probably result in a reduction of the cost of commercial property and rents, which is not necessarily a bad thing,” he said.

“It will also require us to reimagine our cities...That will be accelerated by the pandemic. We don’t see cities as a place you commute in and out of. We see cities as a creative space where people want to live.”

As part of the initiative, the Government is also to explore the acceleration of the multi-billion euro National Broadband Plan in an attempt to provider faster internet access in more areas so as to allow more people to work from home. It is also planning to investing in more remote working hubs that are close to childcare facilities.