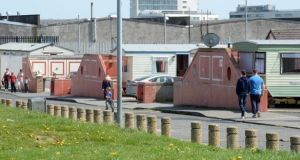 Eight local authorities have more Traveller families identified as needing housing than the councils plan to deliver over the next four years, according to a report from the Irish Traveller Movement.

Councils are required to draw up Traveller Accommodation Programmes to set out targets for required additional Traveller housing every five years.

Dublin City Council has identified 293 Traveller families in need of housing in its area, but has only committed to supply 158 homes in its 2019-2024 plans.

Louth County Council has plans to provide 75 Traveller families with housing, despite identifying 244 families in need of accommodation.

In Monaghan 47 Traveller families are recorded as in need of accommodation, but the local authority has set no targets to supply extra housing in its plan.

Cork County Council listed 132 families in need of housing, with its five-year plan setting out provision for 68 homes.

Traveller rights organisations have consistently criticised repeated failures in many councils to build accommodation for the minority group, in many cases failing to draw down available State funding for Traveller housing.

A review of local authorities’ previous plans from 2014-2018 found only 14 per cent of promised additional housing was to be Traveller specific accommodation.

Mr Joyce said councils “have been inconsistent in responding to the worst national health crisis faced by the State, where delivery of basic humanitarian supports was reluctantly given by some councils, at times slow to non-existent.”

Recent weeks had also seen a “resurgence” in Travellers being evicted from their housing, he said.

Councils were increasingly advising that Traveller specific accommodation, such as group housing schemes, was “not a realistic choice based on the length of time to build and lack of available land,” the report said.

The report concluded there was a continued underspending of funding on Traveller housing, and many councils “have no plan to meet their own current targets to supply accommodation for families.”

There were “widespread inconsistencies” between local authorities in the planning and delivery of extra housing for Travellers, with “no tangible targets” in some plans, it said.

Councils had an “overreliance” on placing Traveller families in private rental accommodation, it said.

The organisation recommended a Traveller Accommodation Authority be set up by the Government, which would undertake a national audit of the community’s housing need.