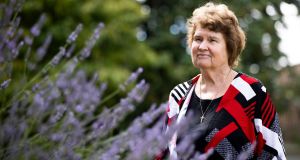 Sr Kathleen Bryant, a member of the Sisters of Charity, who has worked with trafficking survivors in three continents. Photograph: Tom Honan/The Irish Times

Ireland is “in denial” about human trafficking, failing to identify and protect victims or to acknowledge that Irish people are being trafficked, a global expert warns.

Sr Kathleen Bryant, a member of the Sisters of Charity who has worked with trafficking survivors in three continents, says the lives of girls are “worth nothing” across much of the world.

They are sold, trafficked, raped and murdered and their deaths rarely meriting a line in local media, says Sr Bryant, speaking to The Irish Times to mark World Day Against Human Trafficking on Thursday.

Now based in Dublin, the Californian nun is “hugely disappointed” at what she says is Ireland’s continued failure to meet key international targets to combat global human trafficking.

In its annual Trafficking in Persons (TIP), published last month, the US State Department put Ireland on a tier-two watchlist, having already in 2019 downgraded Ireland from tier one to tier two.

Ireland is the only country in western Europe to fall so short and joins countries including Armenia, Chad, Hong Kong and Romania.

Though 471 trafficking victims had been identified here since 2013 “there have been zero convictions under the anti-trafficking legislation”, says the report.

Children, particularly girls, are expendable to traffickers, says Sr Bryant, pointing to an incident earlier this month at an orphanage in Sonora state, Mexico near the Arizona border.

“Three weeks ago [a] mother was under pressure from sex-traffickers to sell her 12-year old daughter. So she took her to the orphanage thinking she would be safe there.

“A few nights later the traffickers broke into the orphanage. They shot her daughter dead, and three other girls,” says Bryant, who pays tribute to Cork-born woman Sr Margaret Farrell. Sr Farrell works with homeless and trafficked young people in Los Angeles, and with a number of orphanages on the US-Mexico border.

“Sr Farrell was instrumental in getting the rest of the girls out to a safe place. She was so distraught. I looked online for a news report, even looking at Spanish-language news sites. There was nothing. Nothing.

“They are expendable. It is a €150 billion a year industry. That’s why it continues,” Sr Bryant goes on, passionately. Those who are not directly affected “turn away... people want to think it’s nothing to do with us”.

“People want to think it’s all foreign people. They don’t want to think about it happening in their own back yards. And there is denial in every country particularly about domestic trafficking.”

Quoting from the TIP report, she reads: “The Government . . . did not report any Irish national victims . . . Traffickers subject Irish children to sex trafficking within the country.”

And we are all responsible, she says, in recognising when someone may be a victim of trafficking, and reporting our suspicions to the relevant authorities.

“No one wants to admit their own people are buying and trading their own girls for sex. The girl child is the most abused and overlooked of our human family. I get so angry – why doesn’t she count?

“We all have power to identify victims. Work needs to be done to train hotel staff, emergency department doctors and nurses, airport staff, teachers to notice and to ask the right questions.

“In the US we did a lot of work with hotels and convention planners on training employees – chains like the Hilton and Marriot. For example, when somebody checks in at the desk and they don’t have luggage that’s a flag; or if someone checks in with four young women and they are all looking down and they are afraid. We train house-keeping to notice for instance if someone is asking over and over for fresh sheets.”

Responding to the TIP report, a Department of Justice spokesman said: “Combating the terrible crime of human trafficking is a priority for Ireland.

“Other measures currently being taken include training of gardaí and immigration officers and awareness raising initiatives which are crucial to early detection of this crime.”