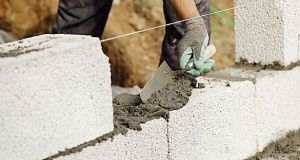 The councillors’ proposal would mean the number of social homes would rise to 40%, another 40% would be used for an affordable or cost-rental scheme. The remaining 20% would still be available for affordable sales. File photograph: Getty

Dublin City Council would have to borrow about €250 million to fund new plans for housing development at Oscar Traynor Road, councillors have been told.

The new scheme, devised by a cross-party group of city councillors for the lands in Santry, would result in at least a five-year delay in development, said the council’s director of housing delivery Dave Dinnigan.

Plans for 853 homes at the 17-acre site, one of the largest owned by the council, collapsed last November following the refusal of councillors to approve a deal with developer Glenveagh Homes.

The deal would have meant 50 per cent of the homes sold privately by Glenveagh, 30 per cent bought by the council for social housing and 20 per cent sold to low- and middle-income workers qualifying for the upcoming affordable purchase scheme.

The councillors’ new plan would mean the number of social homes on the site increase to 40 per cent, another 40 per cent would be used for an affordable or cost-rental scheme – where rent is linked to the cost of financing, building and managing the property. The remaining 20 per cent would still be available for affordable sales, but purchasers would have to offer the property back to the council if they were to move. No private sales would be included in the councillors’ plan.

Mr Dinnigan told councillors that requiring homeowners to sell to the council would likely require a change in legislation and could also create “constitutional property issues. That’s not to say they couldn’t be resolved, but certainly there would be a block on that at the moment.” It could also make the homes “unattractive to purchasers” he added.

While the Department of Housing funds social housing, the council would have to borrow to fund the affordable purchase and the cost-rental elements, he said.

“It is possible for local authorities to borrow at very low interest rates from the EIB [European Investment Bank] or through the Housing Finance Agency. But let’s not forget repayments on these loans can still be very significant despite current low interest rates.”

These borrowings would be “in the region of €250 million” he said. “The financial implications and risks for council in taking on such borrowings would require very, very careful consideration.”

Will Fianna Fáil back it?

He did not think the new plan would provide the same value for money as the Glenveagh deal and it would be “difficult to match the quality” of the design. It would also involve significant delays to developing the site.

“Between planning, design, a new framework, a masterplan, full public procurement process, cost-effectiveness analysis, and compliance with the public spending code, we do think it will take at least five years to get where we were with the Glenveagh plan.”

Fianna Fáil councillors would not be supporting the new plan, said group leader Deirdre Heney because of the low level of homeownership. Minister for Housing Darragh O’Brien “seems to be indicating that he is considering 50 per cent affordable housing on lands owned by the State”, she added.

Fine Gael Cllr Naoise Ó Muirí said the plan was “an uncosted, unfunded proposal, with little or no detail and no timeline. So we are effectively right back at the start.”

Councillors from the Green Party, Labour, Sinn Féin and several Independents supported the new plan. Sinn Féin’s Micheál MacDonncha said he is concerned the Minister might see the site as a “flagship” project for the Land Development Agency. The agency Bill published last week would enable local authorities to transfer lands to the organisation without requiring councillors’ votes.