Housing bodies Clúid, Respond and Tuath given approval to deliver the homes 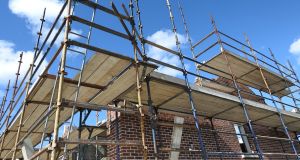 The new developments are to be spread across Dublin, the greater Dublin area and Cork. Photograph: iStock

Some 390 cost rental homes, which will be available to rent at least 25 per cent below open market value, have been approved in principle for development, the Minister for Housing has said.

Darragh O’Brien announced on Monday that Approved Housing Bodies (AHB) Clúid, Respond and Tuath had been given approval to deliver 390 homes as part of the State’s first cost rental homes scheme which is to be made available to middle income households.

The announcement follows a call-out before Christmas when Mr O’Brien requested that AHBs submit proposals for the Cost Rental Equity Loan (CREL) scheme.

Under the cost rental form of tenure, AHB landlords will be able to set lower cost-covering rents while tenants pay rent that covers the costs of delivering, managing and maintaining the house where they live.

The Minister had previously said the new funding model would provide for 350 homes by the end of 2021 but on Monday said approval had been given on 390 cost rental homes. The new developments are to be spread across Dublin, the greater Dublin area and Cork, however the precise locations will be published on completion of commercial and contractual arrangements, said a statement from the Department of Housing.

The total number of homes will include 50 cost rental residences at Enniskerry Road in Dun Laoghaire-Rathdown which are due to be completed this year, the department said.

Government funding of €35 million has been made available for the scheme under Budget 2021, forming part of a larger allocation of €468 million for all housing affordability measures. Up to €100 million will also be made available through the Housing Finance Agency to support schemes approved under the programme, the department said on Monday.

Mr O’Brien said the new cost rental system would be “placed on statutory footing” through the Affordable Housing Bill 2020 and that “conditions and operational matters for cost rental are being finalised as part of this process”.

The experience of bringing this first set of houses on stream will be used to inform the development of a “wider roll out of the model across local authorities, the land development agency and approved housing bodies,” said the Minister. “It is my firm commitment that we build on this new scheme and expand it further so that many more tenants live securely in cost rental homes.”