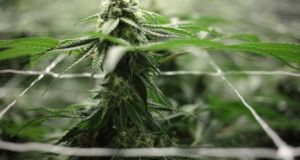 Bord na Móna has confirmed it is shelving the plan for cannabis farming for the foreseeable future as it prioritises other projects, such as re-wetting bogs. File photograph: Getty

Proposals to transform Ireland’s State-owned bogs into vast cannabis farms have gone up in smoke, it has emerged.

Bord na Móna last year held meetings with then minister for health Simon Harris and then minister of State for natural resources Seán Canney about giving over thousands of hectares of its landbank to cultivating marijuana for medical use.

A feasibility study was ordered into whether farming the drug could replace traditional turf-cutting by the semi-State body, which is undergoing a “Brown to Green” strategy to switch to a low-carbon, sustainable business model.

However, the company has confirmed it is shelving the plan for the foreseeable future as it prioritises other projects – such as re-wetting bogs – in an attempt to safeguard hundreds of jobs, mostly in the midlands, over the coming years.

A key stumbling block in the proposal – which was supported by both Mr Harris and Mr Canney – are the regulatory approvals that would need to be secured to supply markets both at home and overseas.

Mr Canney, Independent TD for Galway East, described the “mothballing” of the plans as disappointing but added that he was assured existing projects at the semi-State would safeguard employees for the short term.

“It could have created hundreds of jobs if created to the scale where they were exporting under licence to other countries,” he said.

“It was going to be a fairly sizeable operation. That is what the projections were at the time, and Bord na Móna thought it would be of great benefit to them. It is disappointing.”

Mr Canney said he understood funding had been secured, although it has yet to be passed by Cabinet, to allow for a rehabilitation programme on the bogs, which will “retain most of the workers for the next four to five years”

“There are regulatory issues [with the cannabis farming proposal] and it takes time to sort those out, so it may be a more long-term project but they have more or less set it aside until they get the rehabilitation programme up and running,” he said.

Mr Canney said Bord na Móna were initially “excited” about the marijuana proposal during meetings with the Government last year and he believes the company may revisit it in years to come.

“I think at the moment Bord na Móna is focusing on the short to medium term and keeping the jobs that are there, through the rehabilitation of the bogs,” he added.

“But I hope they will be bringing forward projects which can dovetail into what they are doing and provide more long-term jobs for the communities, including the growing and processing of medicinal cannabis.”

Mr Canney said the company would need to be exporting overseas, as well as supplying demand in Ireland, to make the enterprise feasible.

“If it is done right and done in a controlled environment, the growing, harvesting and processing of medicinal cannabis would be something of great value in terms of jobs in the region, but it would also make Bord na Móna more sustainable into the future,” he added.

A spokesman for Bord na Móna said it is “currently investigating and developing a range of herb and plant species with a view to supplying the pharmaceutical and health sectors.

“Although the company remains open to considering the growing of medicinal cannabis, given the regulatory challenges in this area, it is not currently a priority product species that the company is pursuing at this time,” the spokesman said.

A decision was taken to shelve the proposal based on the “prioritisation of new business projects by Bord na Móna rather than any fundamental determination regarding feasibility”, he added.

Bord Na Móna plans to end peat harvesting in 45 of its 62 currently active bogs within the next six years.

Asked at the time about the possibility of Bord na Móna growing cannabis to supply the products, Mr Harris said “instinctively I think in the medium term this is something that would make sense for Ireland to try to have its own supply”.