New research focused on experiences in the labour market 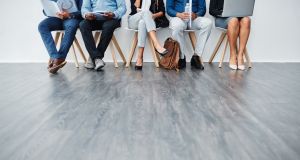 The survey also discovered that when in employment, black non-Irish workers are more than two-and-a-half times more likely to be discriminated against.

The report Ethnicity and Nationality in the Irish Labour Market was jointly published on Tuesday by the Irish Human Rights and Equality Commission (IHREC) and the Economic and Social Research Institute (ESRI).

Frances McGinnity of the ESRI, the lead author, said different ethnic groups have different experiences even when they are all Irish citizens.

“This suggests that we need to consider ethnicity more explicitly when designing policies to overcome differences in labour market outcomes across different groups,” she said.

The work draws on Central Statistics Office (CSO) data from the Quarterly National Household Survey Equality Modules from 2004, 2010 and 2014, helping to piece together a picture of how the experience of discrimination has changed through economic boom, recession and early recovery.

Black Irish citizens are twice as likely to experience discrimination in seeking employment, it found, while both they and the black non-Irish groups were much less likely to hold managerial or professional positions.

By comparison, white people from Eastern Europe are also much less likely to hold managerial or professional jobs but show no difference in their rate of employment compared to white Irish people.

The Asian Irish group have similar employment rates and hold higher level jobs but are almost twice as likely to experience workplace discrimination.

However, the report noted that since 2004 the gap in some ethnic minorities in securing higher level jobs has been narrowing.

“With a continuously improving jobs market and increases in immigration flows to Ireland, it is important to ensure that people resident in Ireland are afforded equal employment opportunities and integrated into the labour market,” said Emily Logan, chief commissioner of the IHREC.

“The much higher rates of labour market discrimination experienced by some ethnic groups highlights the need for employers to proactively work to ensure diversity in the workplace and to avoid incidences of discrimination in recruitment.”

The findings of the report are not altogether new. The Immigrant Council of Ireland said they echo previous studies which showed “massively higher” levels of discrimination faced by black people both looking for work and having secured it.

Pippa Woolnough, communications and advocacy manager at the ICI said many people felt the need to change their names on CVs in order to apply for positions.

“Through our anti-racism support line, [we] hear really awful experiences of racial discrimination within the workplace, ranging from the ‘go back where you came from’ to people being shunned by and ignored by colleagues,” she said.

The ICI also says there are problems with recognising qualifications obtained abroad, a point that has also been raised in the latest report.

“[This] new research reveals we have yet to fully assimilate this new reality,” Ms Woolnough said. “We’re not yet used to terms ‘African-Irish’, ‘Asian-Irish’ or more specifically, for example, Nigerian-Irish, but need to welcome this as part of a nation’s positive evolution.”

New code to cap salaries of special advisers to North’s Ministers 20:39
Gardaí making ‘good progress’ on Cork attack where man was set on fire 20:24
PSNI’s Deputy Chief Constable set to retire at end of month 20:07
Colm Burke vows ‘not to be deterred’ after Cork office was vandalised 19:47
Finding of poor professional performance against GP over thyroid cancer case 19:41