Calls about adult rape to Dublin Rape Crisis Centre up 24% 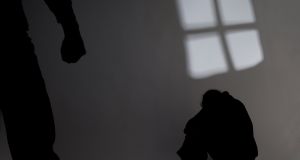 The number of calls to the Dublin Rape Crisis Centre helpline relating to adult rape has increased 24 per cent over the past year, according to figures released on Thursday.

“There were 3,579 calls specifically relating to adult rape, an increase of 24 per cent. Both the dramatic increase in number and the disturbing nature of the attacks were noted by helpline staff and volunteers throughout the year,” according to the Dublin Rape Crisis Centre annual report for 2016.

The centre’s report notes that the increase in helpline calls relating to adult sexual violence translated into huge demand for new face-to-face counselling appointments with the centre’s therapists.

Chief executive Noeline Blackwell also noted the significance of the Supreme Court ruling that sexual intercourse without consent is rape.

“This has prompted us to seek from the Oireachtas the inclusion of a clear definition of consent in the Criminal Law (Sexual Offences) Bill,” said Ms Blackwell.

“We lack some basic statistics and data, which we maintain are really necessary to get a better handle on [this]. However, the trends that the centre sees is all we can go on, to an extent, and there is no doubt about it, the internet has changed an awful lot about sexual violence.”

The chief executive stressed the “vital importance” of society getting a better understanding of what consent means.

“People are more vulnerable to being led astray about what is proper practice, and it is part of our job to ensure that everybody absolutely understands that sex without consent is rape and that any sexual activity without consent is sexual assault,” said Ms Blackwell.

“Calls to the centre are up, and our very well-equipped therapists have told us that calls have become more difficult. There’s a complexity to them and people are more in trouble.”

Ms Blackwell noted that there were more than 6,000 new callers to the centre last year, which she described as a worrying trend.

She also noted that calls from men can be more difficult because of the added sense of “shame” attached.

“Over the last number of years, where institutional childhood abuse has become recognised as a desperate hurt, a lot of the people who were hurt were men and they got their first chance at talking about rape.

“I think this gave the first inkling that this was not just a crime or harm that was just visited upon women, but it happens to men, too. The discussion has opened up on male rape but we have a long way to go.

“Sexual violence can happen to anyone and can be intrinsically damaging to the dignity and human right of people,” said Ms Blackwell.

If you are affected by issues raised in this article, the Dublin Rape Crisis Centre 24-hour helpline can be reached on 1800-778888